US stocks fell for the first time in four days as investors assessed the outlook for the path of interest-rate hikes after minutes from the Federal Reserve’s last meeting noted officials saw risks from tightening more than necessary.

The S&P 500 Index ended back at levels near the release of Fed minutes as the tech-heavy Nasdaq 100 resumed declines, dropping more than 1 per cent. Minutes of the July 26-27 meeting noted the need to eventually dial back the pace of rate hikes but also the desire to gauge how their monetary tightening was working toward curbing inflation.

In the bond market, two-year yields, the most sensitive to rate changes, trimmed most of their surge after the release. Futures contracts lowered the odds of a 75-basis-point Fed boost next month to about 40 per cent, compared with traders split between a hike of that size and a 50-basis-point increase before the minutes. The dollar pared gains.

US stocks have rallied on signs of peaking inflation and an earnings-reporting season that saw four out of five companies meeting or beating estimates. Yet, prospects of the Fed continuing to raise rates to cool inflation and tip the economy into a recession has weighed on sentiment. Fed officials may offer fresh views on the outlook during their Aug. 25-27 retreat in Jackson Hole, Wyoming. 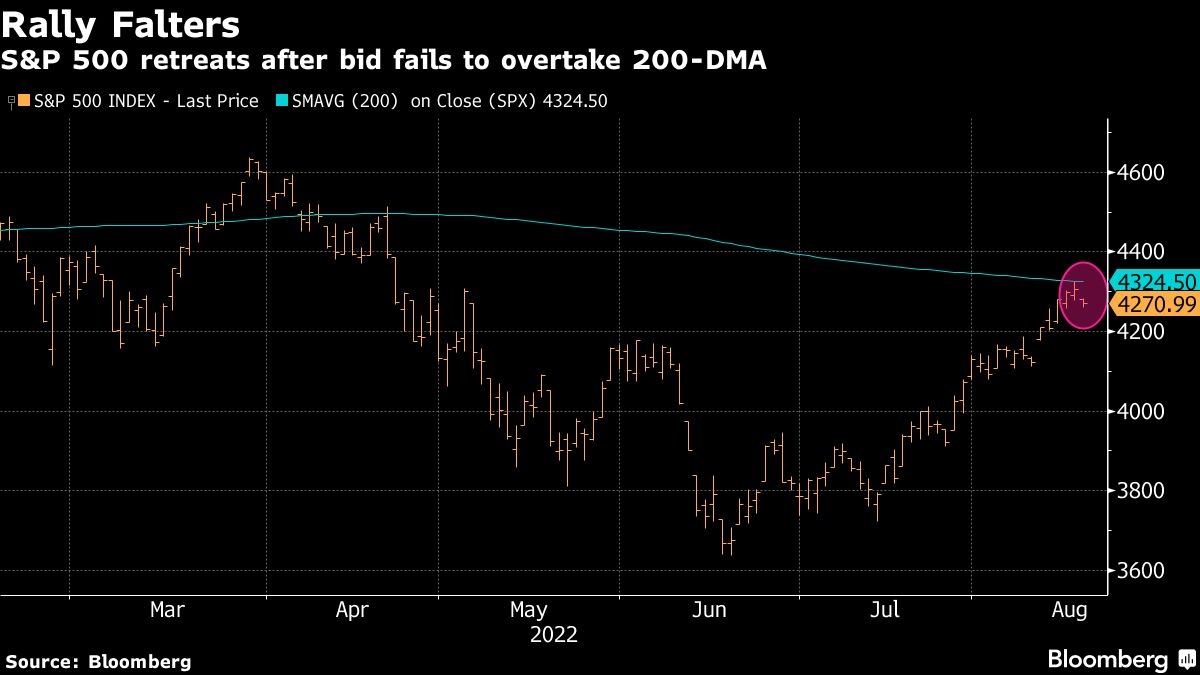 In corporate news, Target Corp. fell as profit lagged behind Wall Street’s estimates, while Lowe’s Cos. gained after the home-improvement retailer reported earnings that beat estimates even as renovators wrestle with a slumping US housing market.

“A correction from this level is very, very possible as earnings and margins deteriorate going into 2023,” Marco Pirondini, head of equities, US, and portfolio manager at Amundi US. “We expect the Fed to continue to increase rates, we expect the economy to slow down, possibly even enter a recession. The probability of a recession next year is higher than normal. So once you put all these things together, I think a more prudent approach is important.”

It’s been a choppy day for risk sentiment. Earlier on Wednesday, stocks rose in Asia amid speculation that China may deploy more stimulus to shore up its ailing economy. Some of those equity gains were surrendered when European trading opened and the focus turned to the Fed as well as UK inflation, which soared to double digits for the first time in four decades and spurred a global bond selloff.