Not all technology stocks should be shunned : Allan Small

Stocks climbed in a volatile session, while the dollar fell and Treasuries wavered a day after a bond-market indicator flashed concern the economy could buckle under the weight of the Federal Reserve’s most aggressive rate-hike campaign in two decades. Oil topped US$100 a barrel.

The S&P 500 notched its biggest three-day rally since November 2020. Equities rebounded after Bloomberg News reported JPMorgan Chase & Co. processed funds that were earmarked for interest payments due on dollar bonds issued by Russia and sent the money on to Citigroup Inc. The implied probability of a default by Russia within the year inched lower, according to credit-default swap pricing. Earlier in the day, stocks dropped as Moscow poured cold water on reports of progress in Ukraine peace talks.

Russia’s ability to make payments on its debt is being closely watched by global markets. There’s been concern about the possibility of creditors not getting the cash in dollars within the 30-day grace period starting Thursday, which would mark the first default on foreign-currency bonds since the Bolsheviks repudiated the czar’s debts in 1918. Kremlin spokesman Dmitry Peskov said the nation has all the resources it needs to avoid a default.

The U.S. House of Representatives voted overwhelmingly to end regular trade relations with Russia in a move that would allow the U.S. to sharply raise tariffs on Russian goods entering the country. President Joe Biden and China’s leader Xi Jinping will speak about Russia on Friday. Secretary of State Antony Blinken told reporters on Thursday that Biden will make clear to Xi that the U.S. will impose “costs” if China backs Russia.

“Sentiment continues to be driven almost entirely by geopolitics, with the market quick to forget or ignore everything else,” wrote Fawad Razaqzada, an analyst at ThinkMarkets. “As we saw yesterday, the markets have been eager to rally on any positive news… but then sells off as investors realize that the two sides remain far apart in terms of a ceasefire and end of the war.” 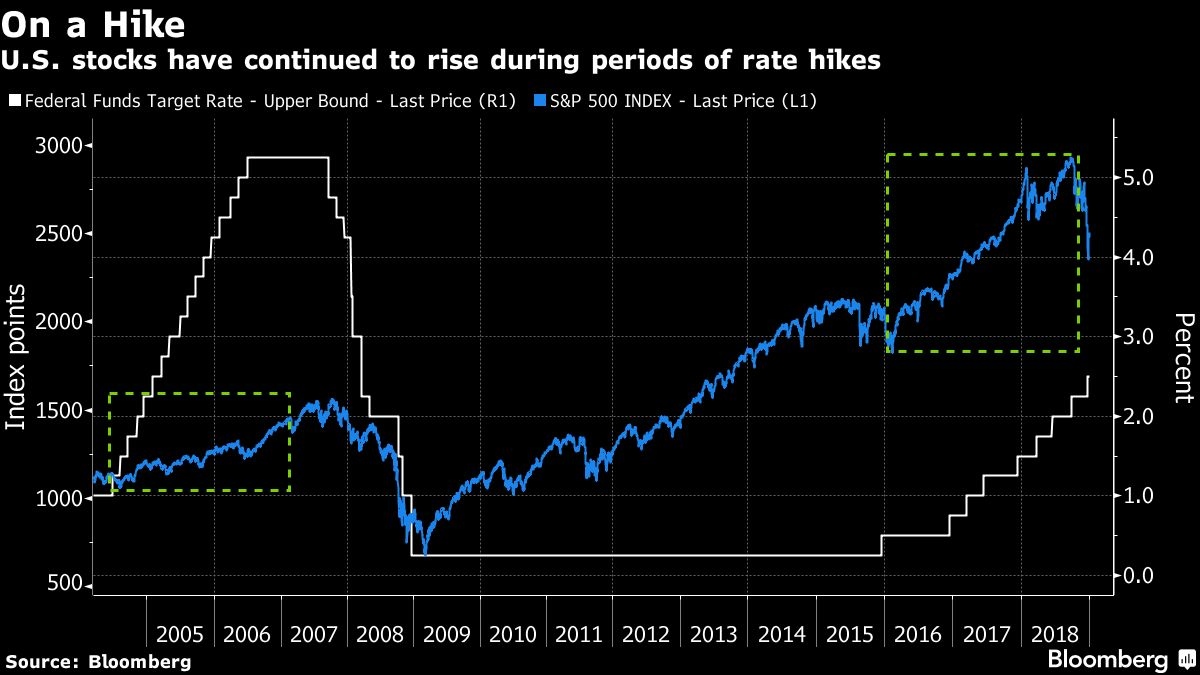 For Jim Paulsen, chief investment strategist at Leuthold Group, the rally in stocks may be related to technical factors and also the fact that the Fed met market expectations by starting its rate-hiking cycle on Wednesday.

“It was clearly like a sell-on-the-rumor, buy-on-the-news,” Paulsen said. “The fact the Fed came out and finally said, ‘we’ve lifted rates’ is like a buy-signal after six months of waiting for it. So there’s some sense of relief that the Fed’s in the game and we don’t, in some sense, have to worry so much about that issue.”

If history is any guide, stock investors shouldn’t be too concerned about the Fed’s decision to tighten policy. Between June 2004 and June 2006, officials raised rates 17 times, with the S&P 500 posting gains of about 12 per cent in the span. The 2015-2018 monetary tightening period was even more positive for risk assets as the index surged about 21 per cent.

Still, Bridgewater Associates’ Karen Karniol-Tambour says markets are betting on a “magical scenario” where economic expansion continues even as the Fed raises rates to combat inflation. “If you look at history, that looks pretty unlikely,” the firm’s co-chief investment officer for sustainability said in a Bloomberg Television interview.

Mortgage rates in the U.S. soared, surpassing 4 per cent for the first time in almost three years. Production at U.S. factories rose in February by the most in four months, indicating firmer momentum in a manufacturing sector still challenged by supply constraints and higher costs. New home construction rebounded to the strongest pace since 2006, suggesting builders had greater success navigating material and labor constraints in the month.

Elsewhere, the Bank of England raised its key interest rate for the third successive policy meeting, taking borrowing costs back to their pre-pandemic level and warning the war in Ukraine may push inflation well above 8 per cent later this year. Officials led by Governor Andrew Bailey tempered the outlook by saying that a further tightening of policy “might be” appropriate in the coming months -- a softening from the wording in February, when they said such a move was “likely.”