“The consumer is ready to go out and spend, after nearly a year of lockdowns from COVID-19,” said Vanessa Martinez, managing director and partner at The Lerner Group, a Chicago-based wealth management firm. “There is plenty of pent-up demand in the economy.”

The ruble slid as the Biden administration imposed new sanctions on some Russian debt, individuals and entities in retaliation for alleged misconduct related to the SolarWinds hack and the U.S. election. Traders suggested international concerns may have helped fuel the rally in Treasuries, with many investors caught positioned for higher yields.

“This continues to be one of the more confusing dynamics in markets at least right now,” said Michael Arone, chief investment strategist for the U.S. SPDR exchange-traded fund business at State Street Global Advisors. “I think part of it is that you saw the 10-year make a very rapid move over a very short period of time, so this could be a pause before it starts to move higher again.” 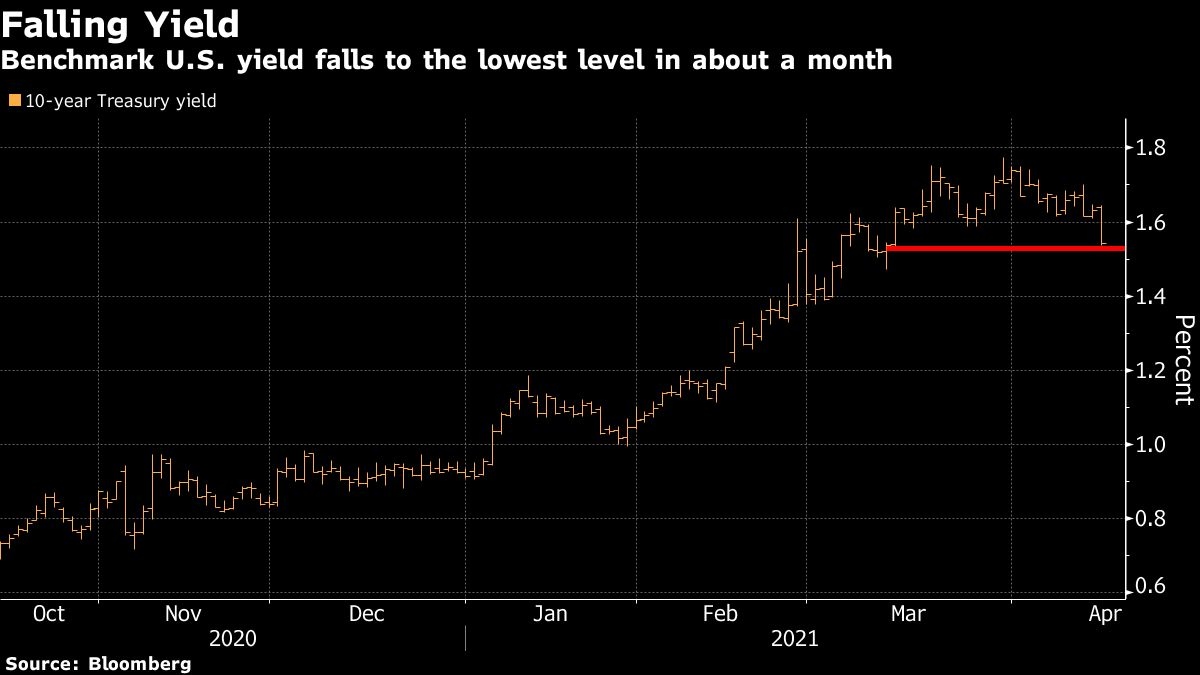 Expectations of a strong economic recovery, combined with optimism over monetary and fiscal stimulus, have pushed equities to record levels this week as company reporting continues. Still, investors are closely monitoring developments on the vaccine rollout, while also keeping an eye on the threat from rising inflation.

“We are probably entering the last stage of the pricing of the growth acceleration, and we see encouraging signs suggesting the ‘reflationary’ environment can continue and be supportive for risky assets in the near term,” Goldman Sachs Group Inc. strategists led by Alessio Rizzi wrote in a note. “Across assets we continue to prefer equity over credit, and favor a pro-cyclical stance within equity.”