U.S. stocks rose for the first time in six days, with beaten-down technology shares leading the rebound on speculation trade tensions will ease. The pound plunged as Brexit again threw the U.K. government into turmoil. The dollar was little changed, while oil and Treasuries jumped.

Trade-sensitive industrial shares led the S&P 500 Index higher in afternoon trading amid hope that China and the U.S. would de-escalate their trade spat before the G20 summit later this month, even as the threat of new tariffs looms. Technology, materials and energy stocks also reacted positively to the news, offsetting a decline in consumer stocks brought on by disappointing results from department stores.

For all the worries assailing investors -- Brexit, the trade dispute and Italian budget stress -- they are at least receiving a steady message from the U.S. central bank. In a question-and-answer session late Wednesday, Federal Reserve Chairman Jerome Powell played down recent turbulence in equities, saying volatility was only one of many factors that board members take into account when setting policy.

“Maybe if we can get progress in trade relations, that could be a boost,” Jason Browne, chief investment strategist at FundX Investment Group, said in an interview. “But the benefits are likely to get offset from expectations of continued hikes from the Fed. That’s part of the challenge right now.”

Sterling tumbled after Brexit Secretary Dominic Raab announced his resignation, the highest-profile of several departures on Thursday. Brexit-backer Jacob Rees-Mogg later joined calls for a vote of no confidence in Prime Minster Theresa May. The events throw into doubt her ability to secure Parliament’s support for the exit plan -- and even to survive as leader. As the Westminster resignations rolled in, gilts surged, but at a press conference late Thursday, the premier reiterated her commitment to the exit deal. FTSE 100 Index futures surged. 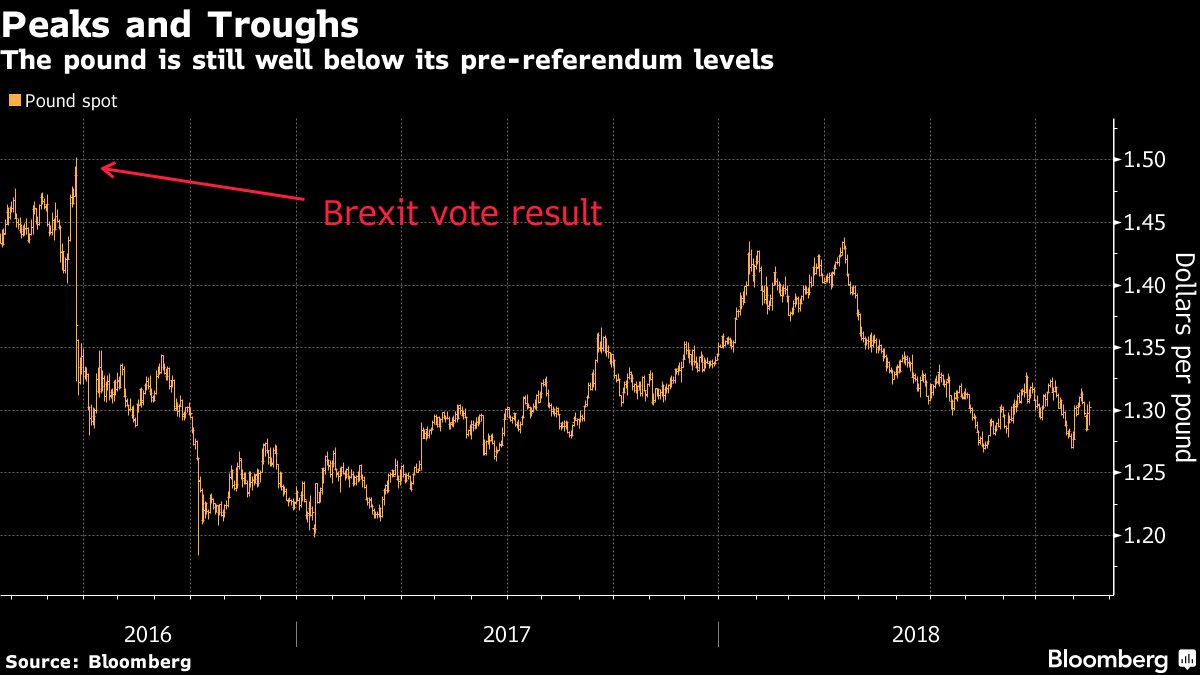