The S&P 500 Index erased a drop to end the day higher after reassuring comments from Federal Reserve Chairman Jerome Powell on inflation and the outlook for growth spurred traders to buy the dip.

The benchmark stock gauge closed 0.1 per cent higher after declining as much as 1.8 per cent amid a rout in technology shares on concern the high-flying stocks had become overvalued. The Nasdaq 100 ended just slightly lower, mostly erasing a loss that reached 3.5 per cent after Powell signaled the Federal Reserve was nowhere close to pulling back on its support for the economy. Airlines, lodging companies and cyclical shares set to benefit from the end of pandemic lockdowns outperformed.

So-called growth shares are having their worst month against value counterparts in more than two decades as vaccination campaigns gather pace and bond yields hover near a one-year high. Bets on faster growth have pushed the gap between 5- and 30-year yields to the highest level in more than six years. 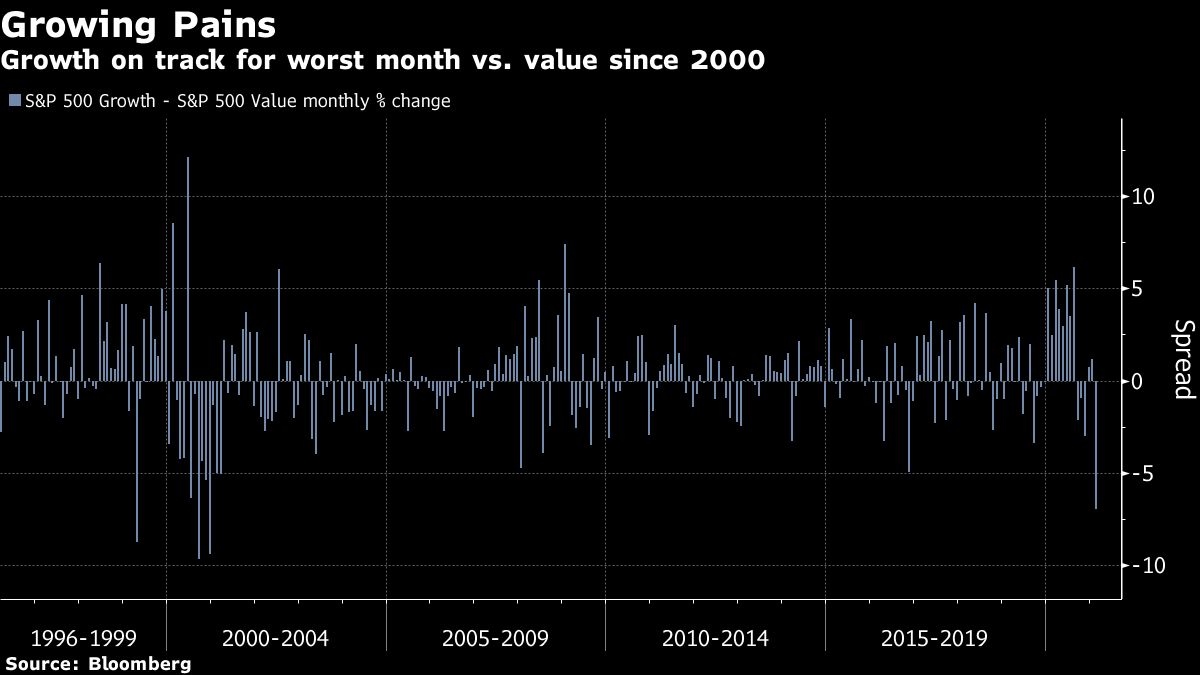 As Powell reassured investors on stimulus, he voiced expectations for a return to more normal, improved activity later this year and said that higher bond yields reflected economic optimism, not inflation fears. That helped fuel a return of the buy-the-dip mentality that has limited equity drawdows in recent months, with investors betting on a global economic recovery spurred by vaccines and U.S. spending.

“There was something in there for everyone today,” Leo Grohowski, chief investment officer at BNY Mellon Wealth Management, said in a Bloomberg TV interview. “Powell did recognize medium-term improvement in the economy but I think laid to rest some percolating inflation fears.”

Elsewhere, stocks in Asia were mostly higher as European shares slumped. Bitcoin tumbled below US$50,000 after a bout of volatility highlighted lingering doubts about the durability of the token’s rally.

- The yield on 10-year Treasuries was little changed at 1.36 per cent.