U.S. stocks slumped as investors fretted that an escalation in Middle East tensions could dent global growth. Oil jumped along with assets seen as havens.

The S&P 500 Index posted its biggest loss in a month after a U.S. airstrike killed a top Iranian commander and the Middle Eastern country vowed “severe retaliation.” A search for safety drove gains in gold, the yen and Treasuries. Oil jumped the most in four weeks, but was off its peak for the day.

The developments in the Middle East dented a bullish mood that had pushed the S&P 500 Index to a record high Thursday after a blockbuster 2019. Traders had returned from holidays to the news that China’s central bank had moved to support the economy and President Donald Trump expected to sign the first phase of a trade deal with the Asian nation on Jan. 15. Beijing has yet to confirm the date. 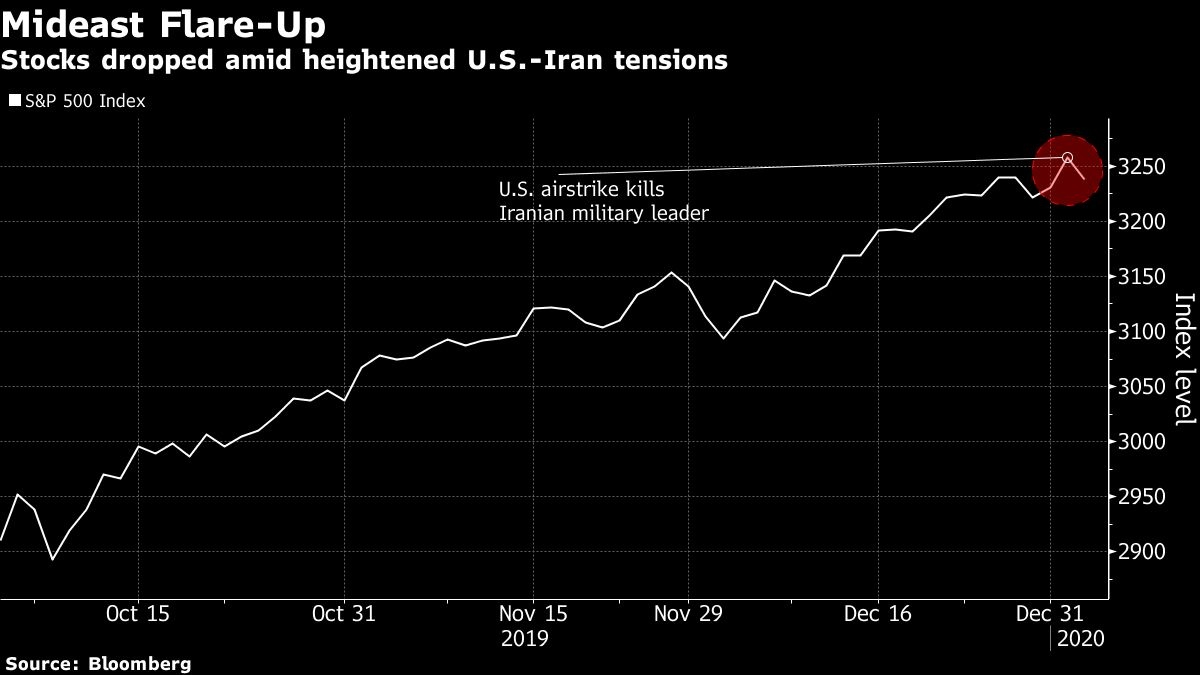 “Markets were seeking a catalyst for taking a break after the long run, and they got it,” said Nathan Thooft, Manulife Asset Management’s head of global asset allocation. “Unless the escalation is severe and repeated, I see this as a temporary scare. Obviously the risk is it delays the global recovery as well as dents sentiment and thus earnings.”

The Stoxx Europe 600 Index ended lower. Most shares in Asia slumped, though equities in Japan didn’t trade because of a holiday. A gauge of developing-nation stocks joined the sell-off. Equity markets in the Middle East were largely closed for the weekend.

These are the moves in major markets: