There is no reason for markets to be this optimistic: MarketGauge's Michele Schneider

The stock market had its best day since March as better-than-estimated corporate earnings and economic reports outweighed fears that inflation pressures and supply-chain snarls could crimp growth.

All major groups in the S&P 500 advanced. The KBW Bank Index -- which has surged almost 40 per cent in 2021 -- pushed higher as results from some of the largest financial institutions beat Wall Street’s estimates. UnitedHealth Group Inc. led gains in the Dow Jones Industrial Average as the health-care giant raised its outlook for the year, while chipmakers climbed on a bullish forecast from Taiwan Semiconductor Manufacturing Co.

Corporate profits have been a boon for the equity market throughout the pandemic. Since March 2020, the S&P 500 has risen each quarter, advancing 4 per cent on average over the six-week stretch. Pent-up demand should drive revenue growth, while pricing power and operating leverage should help offset inflationary pressures, according to Mark Haefele, chief investment officer at UBS Global Wealth Management.

“Even though there are cost pressures and supply concerns, the other side of this is that business is strong,” said Kevin Caron, senior portfolio manager at Washington Crossing Advisors. “To the extent that producers can pass on to consumers higher prices -- which it seems like they’re able to do -- we’re seeing stronger profits, which is helping to give a boost to stocks.” 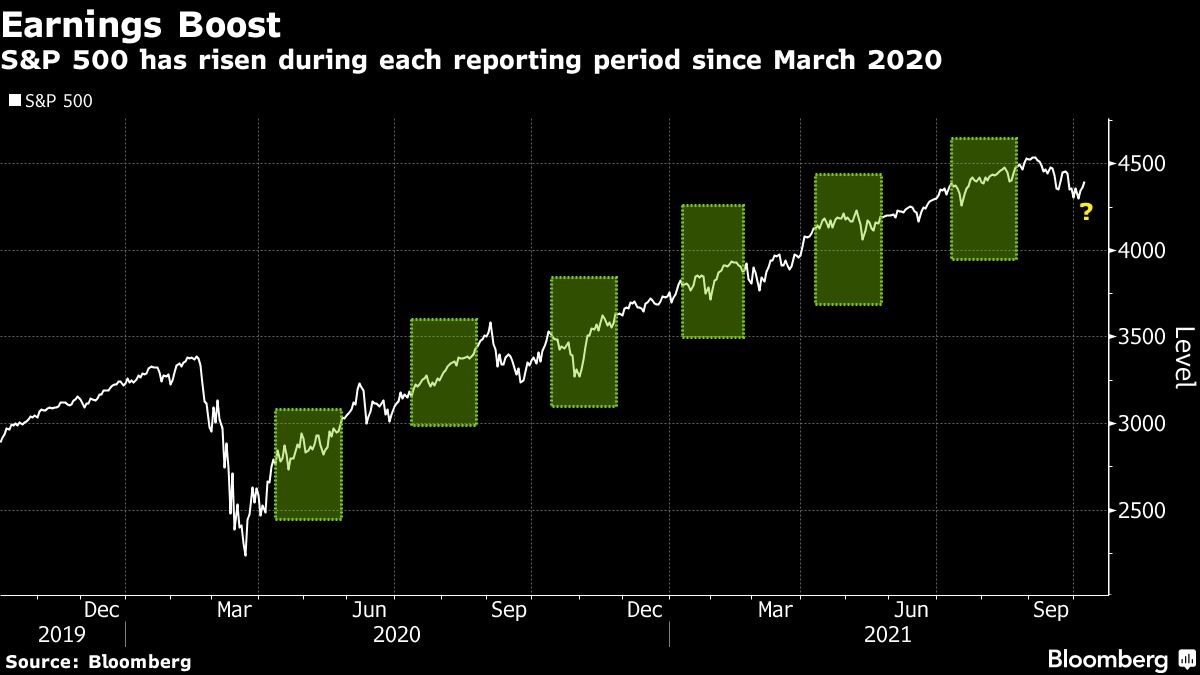 Applications for U.S. state unemployment benefits fell to the lowest since March 2020, showing employers are hanging onto their workers in a tight labor market.
Prices paid to American producers rose in September at the slowest pace of the year amid cooling costs of services including airfares as the delta variant impacted demand.