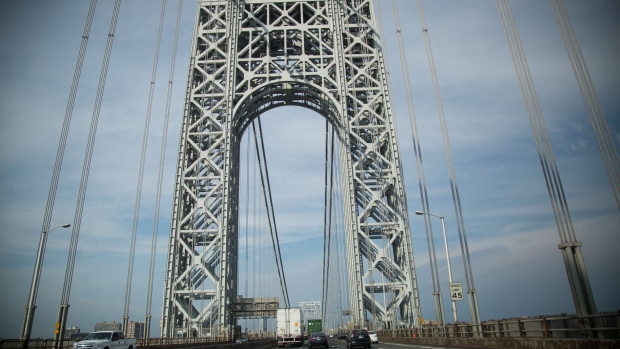 Cars drive across the George Washington Bridge in Fort Lee, N.J., U.S., on Thursday, Oct. 20, 2016. New Jersey Governor Chris Christie's administration maintained a spreadsheet that ranked the state's mayors and council members, mostly Democrats, on the likelihood they would endorse the Republican governor's 2013 re-election. The spreadsheet was introduced as evidence in the trial of Bridget Anne Kelly and Bill Baroni, former Christie allies who are accused of ordering traffic jams near the George Washington Bridge in September 2013. Photographer: Michael Nagle/Bloomberg , Bloomberg

Hearing arguments in Washington, the high court questioned whether Bridget Anne Kelly and Bill Baroni committed criminal fraud under federal law, even if they lied about the reason they closed the lanes.

To contact the editor responsible for this story: Joe Sobczyk at jsobczyk@bloomberg.net