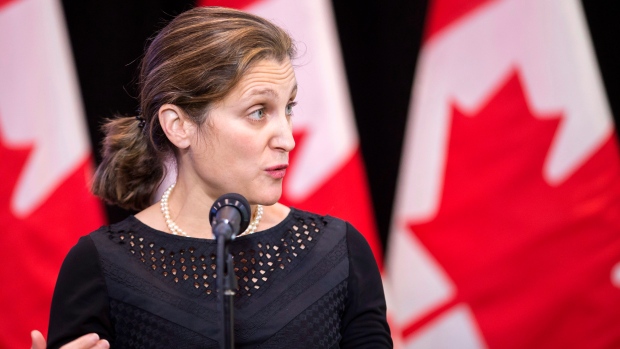 LONDON, Ont. -- The Trudeau government appears to have adopted a good-cop, bad-cop strategy for saving NAFTA -- coming up with some "creative" new proposals in response to unpalatable U.S. demands while simultaneously signalling its willingness to aggressively attack what it considers unfair American trade practices.

But while the government is hoping for the best from negotiations to renew the North American Free Trade Agreement, Foreign Affairs Minister Chrystia Freeland reiterated Thursday that it's also prepared for the worst: a U.S. withdrawal from the continental trade pact.

"The U.S. has been very clear since before the talks started that invoking Article 2205 (to withdraw) was a possibility, and I think we need to take our neighbours at their word, take them seriously," Freeland said before the first of two days of meetings at a cabinet retreat in London, Ont.

"And so Canada is prepared for every eventuality."

Canada will host the sixth and potentially make-or-break round of NAFTA talks later this month in Montreal.

Canada and Mexico have categorically rejected a number of U.S. demands, including American calls to scrap the independent dispute settlement process, end Canada's system of supply management for dairy and poultry, hike American and North American content requirements for automobiles and add a sunset clause that would automatically terminate the agreement after five years unless all three member countries agree to extend it.

With tensions over those proposals already high, some trade experts were mystified Wednesday when the Trudeau government revealed that it has launched a wide-ranging challenge at the World Trade Organization to the U.S.'s use of punitive trade sanctions.

The move sparked an angry response from U.S. Trade Representative Robert Lighthizer, who called it a "broad and ill-advised attack on the U.S. trade remedies system."

And it sparked concern among trade experts that it will only antagonize U.S. President Donald Trump and increase the already high likelihood that he'll pull the plug on NAFTA.

But taking a tough stand is an approach the Americans can appreciate, International Trade Minister Francois-Philippe Champagne argued Thursday.

"When people see that you're firm, you get respect."

He added: "This is sending a message and I think it's important that we're going to be there to defend, obviously, our workers."

Freeland insisted that the WTO challenge is strictly in response to the "unfair and unjustified" duties imposed by the U.S. on imports of Canadian softwood lumber, and is "on a quite separate track from the NAFTA negotiations."

"I think Canadians expect their government to defend our softwood lumber industry, to defend our workers ... and that is absolutely what we are doing," she said.

On NAFTA, Freeland said she remains optimistic that a deal can be reached.

"We believe it is absolutely possible, if there is goodwill on all sides, to have a positive outcome in Montreal," she said.

"When it comes to the more unconventional U.S. proposals, we have been doing some creative thinking, we've been talking with Canadian stakeholders and we have some new ideas that we look forward to talking with our U.S. and Mexican counterparts about in Montreal."

That said, Freeland added, "we also need to be very clear that we will defend our national interests."

Neither Freeland nor Finance Minister Bill Morneau would discuss what preparations the government is making for the potential end of NAFTA.

But Champagne talked about the "diversification imperative" -- trying to expand Canada's trade with Europe, Asia and South America so that it's less reliant on the U.S.

"I think Canadians understand that while we have a very good relationship with our largest trading partner, it's just the smart thing to do."

The cabinet retreat is focused primarily on the Liberal government's agenda to continue making investments that will grow the economy and create jobs  But the demise of NAFTA could knock the legs out from under the good economic news to which the government likes to point as proof its plan is working.

In a sign of the turmoil that could be unleashed, markets were rattled and the dollar dropped Wednesday after one report suggested the Canadian government is increasingly convinced Trump will pull out of NAFTA.

Morneau emphasized the need to work harder to come to an agreement on a renewed NAFTA, although he too said he's prepared for any scenario.

"What we're trying to do is make sure that we get to a situation where we have a strong agreement that will ensure our economic security," he said. 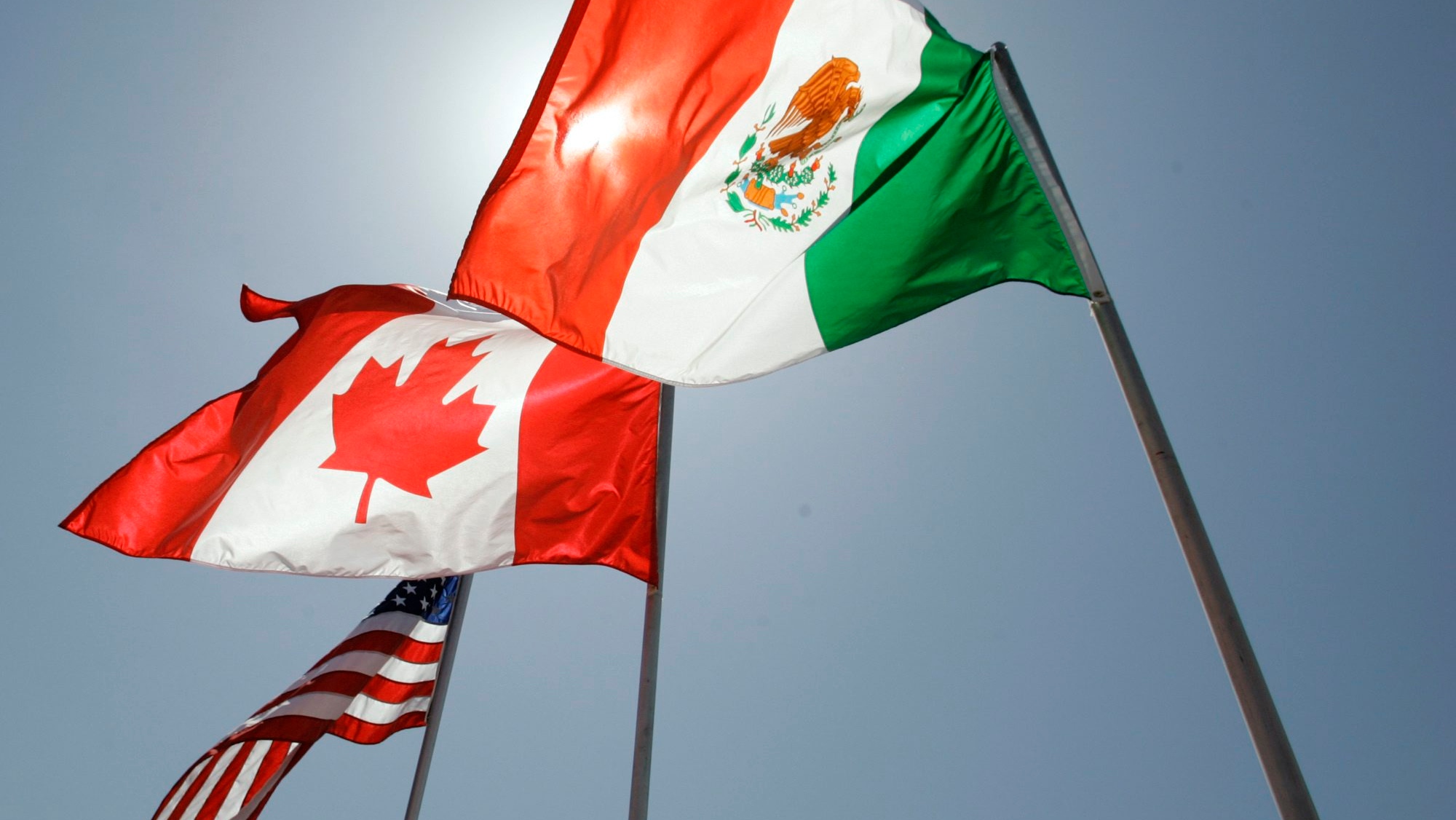 Is Corporate Canada adequately prepared for the possible termination of NAFTA?