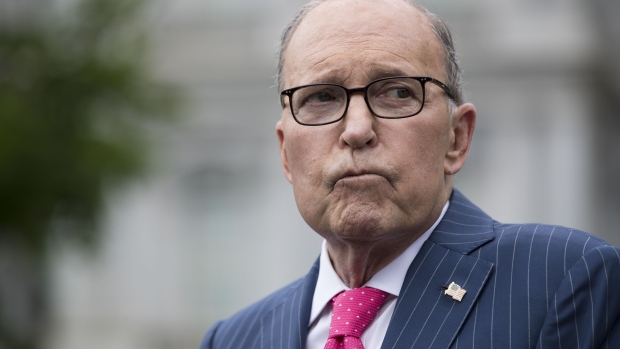 Larry Kudlow, director of the U.S. National Economic Council, pauses while speaking to members of the media outside the White House in Washington, D.C., U.S., on Tuesday, June 18, 2019. , Bloomberg

President Donald Trump’s top economic adviser said the U.S. would send experts to China to help the nation contain the outbreak of coronavirus that has killed at least 169 people and infected thousands.

“We are sending our best experts from CDC to help them,” Larry Kudlow told reporters on Wednesday, referring to the the U.S. Centers for Disease Control and Prevention. “The Chinese invited us to do so.”

Asked whether the White House is considering restricting flights to China, Kudlow said, “there’s a lot of discussions going on one way or another.”

“To a large extent, common sense prevails here. We’re not flying to Wuhan,” the Chinese province where the outbreak is thought to have originated. “And, in terms of our flights, China themselves have said they want blanket restrictions on flights to the United States and elsewhere to try to contain it, so I don’t want to get ahead of any of that, I don’t want to suggest anything.”

In a separate statement on Wednesday, White House spokesman Judd Deere said “the U.S. and China are in close coordination on the coronavirus and protecting the public health of both countries. The president appreciates President Xi’s cooperation.”