Xie: Three Decades of Disinflation Coming To An End

The U.S. trade deficit narrowed for the first time this year in April as the value of goods and services exports climbed and imports fell.

The gap in trade of goods and services narrowed 8.2 per cent to US$68.9 billion in April from a revised US$75 billion in March, according to Commerce Department data released Tuesday. That compares with a median estimate for a shortfall of US$68.7 billion in a Bloomberg survey of economists. 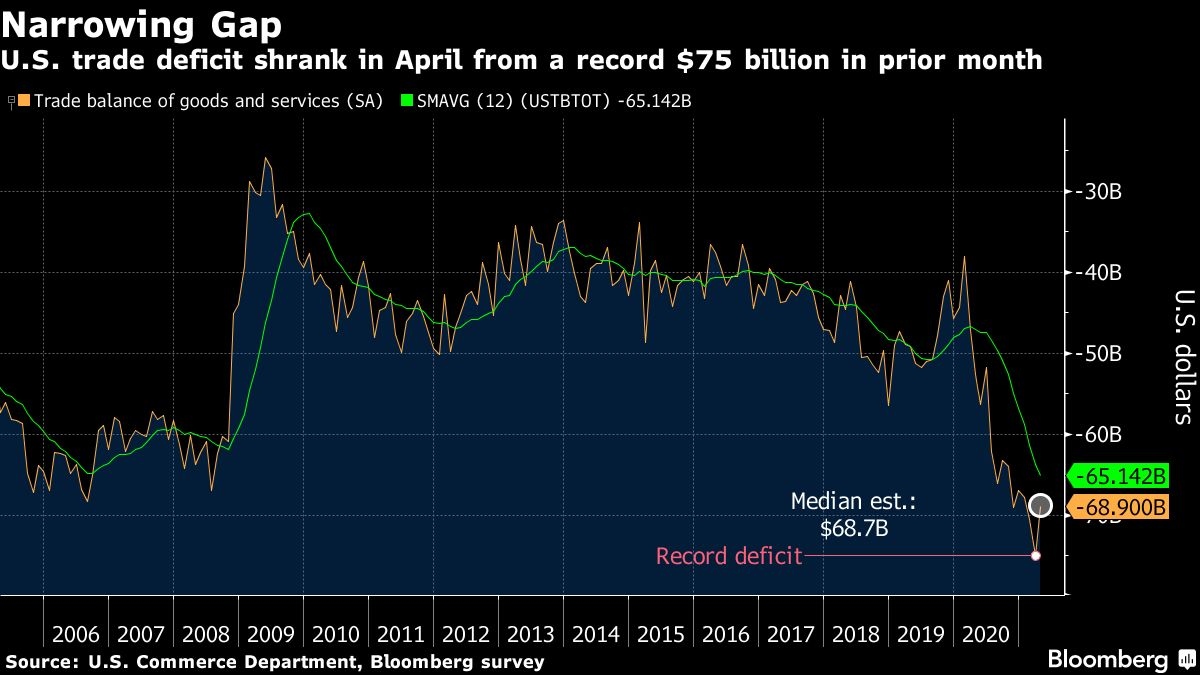 Exports increased to US$205 billion, the most since January 2020, while imports dropped to US$273.9 billion.

The data show a pullback in imports after demand from American consumers stuck at home during the COVID-19 pandemic sent U.S. purchases to repeated records. At the same time, improving economies overseas are beginning to drive demand for U.S. products and services. U.S. shipments of merchandise to foreign customers climbed to the highest on record.

Ports across the world have been clogged and freight rates have soared to all-time highs amid a dearth of pallets and containers.

Automakers in April said they had deepened and extended production cuts at some North American plants as they cope with a worsening global shortage of computer chips. The semiconductor shortage comes after a surge in orders for items such as smartphones, TVs and computers left less capacity for a stronger-than-expected rebound in vehicle demand.

President Joe Biden is proposing US$50 billion for chip manufacturing and research as part of a push to address the shortage. His administration is exploring how to help chipmakers and buyers share supply-chain information to alleviate the crisis until more supply comes available, which could take years.