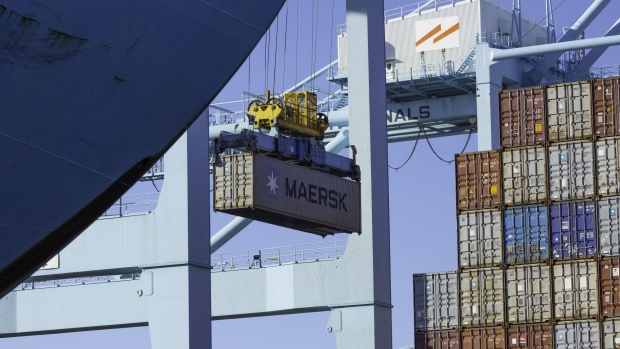 (Bloomberg) -- The U.S. trade deficit held close to a record in February as the merchandise shortfall shrank and the surplus in services declined, partly reflecting the impact of broadcast rights for the Olympics.

The February gap in goods and services trade was little changed at $89.2 billion after a record shortfall in January, Commerce Department data showed Tuesday. The median estimate in a Bloomberg survey of economists called for a $88.5 billion February shortfall. The figures aren’t adjusted for prices.

Services imports increased by $2.4 billion to a record $51.6 billion, with about half of the rise coming from the biggest monthly increase in charges for use of intellectual property since 2016. That probably reflects a temporary boost from rights fees to broadcast the winter Olympics, consistent with such spikes in previous years.

Meantime, goods imports also rose, reflecting an increase in industrial supplies such as crude oil and chemicals that more than offset a drop in automobiles.