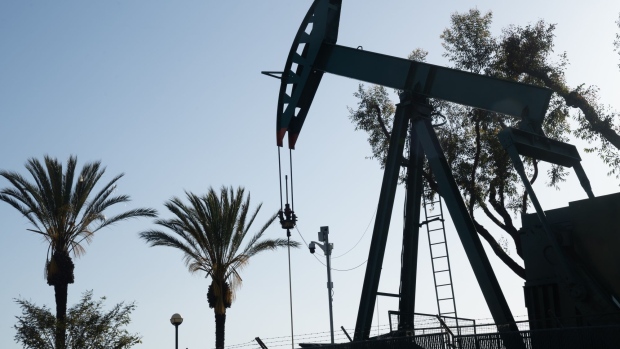 The U.S. trimmed its 2020 oil production forecast by a modest 70,000 barrels a day even as drillers are scaling back activity to historic lows.

The forecast comes as the number of rigs in operation across the U.S. sinks to an all-time low. Explorers including Chevron Corp., Exxon Mobil Corp. and Continental Resources Inc. are enacting sweeping cuts in the country’s biggest shale fields.

The pullback is part of what President Donald Trump described as “automatic” cuts that would be the U.S. contribution to a global deal he brokered with the OPEC+ group to rein in production and end a devastating price war waged between Saudi Arabia and Russia.

So far, U.S. oil output has tumbled by 1.2 million barrels a day since mid-March, according to the EIA, amid a price rout that sent U.S. oil futures spira=lling into negative territory for the first time ever. Prices have since recovered to around US$25 a barrel.

The agency lowered its global oil production forecast for 2020 by 4.2 million barrels a day to 95.19 million daily barrels.