The Biden administration is considering whether to prohibit Russian oil imports into the U.S. without the participation of allies in Europe, at least initially, according to two people familiar with the matter.

The administration has yet to decide on a U.S. import ban, with the timing and scope of any move still fluid, according to the people, who spoke on condition of anonymity. Administration officials have been in close contact with allies on a possible ban while also working to prepare for the domestic impact, the people said.

The prospect of an oil import ban is helping drive crude to its highest levels since 2008, with futures trading up 2.4 per cent at 8:51 a.m. Monday in New York. U.S. equity futures pared a decline.

Administration officials were discussing with the U.S. oil and gas industry last week how a ban could affect American consumers and global energy supplies, as lawmakers in both parties in Washington race to advance bills barring Russian oil imports to punish the Kremlin for its invasion of Ukraine.

House Speaker Nancy Pelosi, in a note to lawmakers Sunday, said the House is “exploring strong legislation” that would ban the import of Russian oil and energy products among other steps to isolate Russia from the global economy. Pressure to act increased increased after President Volodymyr Zelenskiy asked lawmakers to ban the import of Russian oil during a call on Saturday. 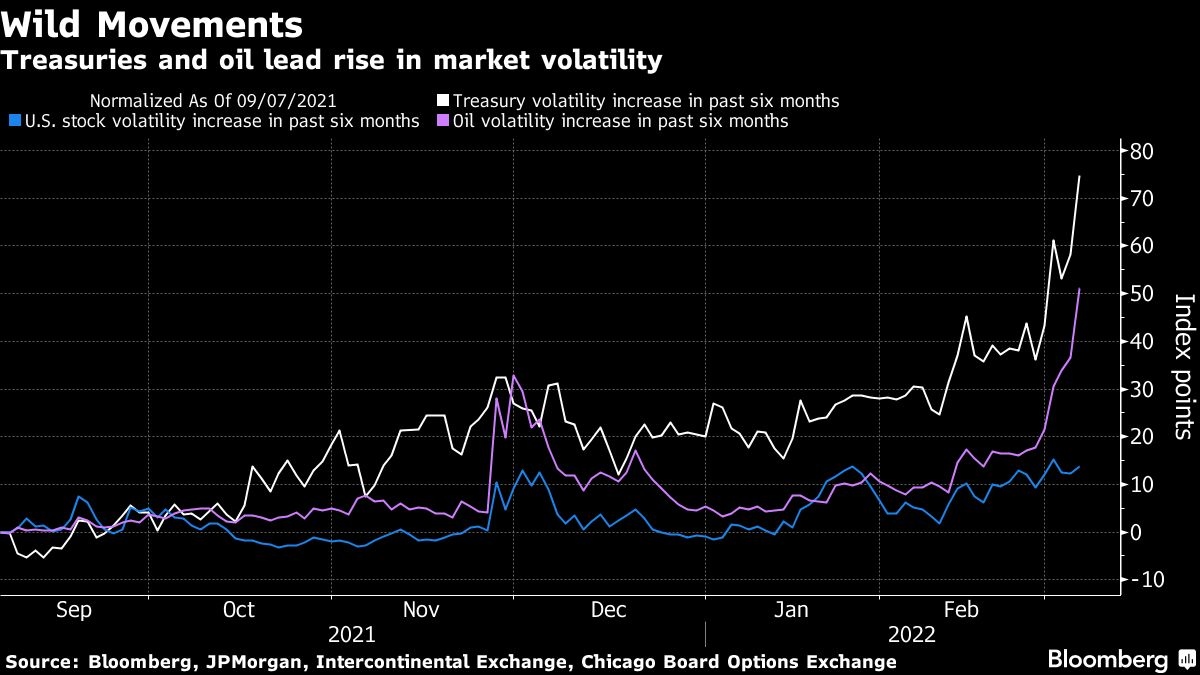 Sunday, U.S. Secretary of State Antony Blinken said that the U.S. and its European allies were discussing a possible ban of Russian oil imports to tighten the economic squeeze on President Vladimir Putin over the war in Ukraine. Blinken, who said he had discussed the matter with President Joe Biden on Saturday, said oil supplies would have to be ensured if such a measure were imposed.

“We are now in very active discussions with our European partners about banning the import of Russian oil to our countries while, of course, at the same time maintaining a steady global supply of oil,” Blinken, who held talks in Eastern Europe on Sunday, said on NBC’s “Meet the Press.”

Russian oil made up about 3 per cent of all the crude shipments that arrived in the U.S. last year, U.S. Energy Information Administration data show. U.S. imports of Russian crude in 2022 have dropped to the slowest annual pace since 2017, according to the intelligence firm Kpler.

The U.S. imports about 700,000 barrels per day of Russian crude and petroleum products, including fuel oil, according to the Energy Information Administration.

When other petroleum products -- such as unfinished fuel oil that can be used to produce gasoline and diesel -- are included, Russia accounted for about 8 per cent of 2021 oil imports, though those shipments have also trended lower in recent months.

It would be far more difficult to backfill a ban for Europe, which imports about 4 million barrels per day of Russian crude and refined products, according to Eurostat data.

Even though it will leave them vulnerable, other U.S. allies like South Korea and Japan are likely to follow suit if the Biden administration bans Russian oil, according to John Driscoll, chief strategist at JTD Energy Services Pte Ltd., who has spent more than 30 years trading crude and petroleum in Singapore.

“You’re taking the one of the world’s largest oil exporters and you’re taking them out of the equation,” he said. “That’s going to have a major impact not only in terms of Russian oil exports but also on the overall supply chain.”

Russia’s gas and oil have been mostly spared from sanctions introduced by the U.S. and European countries, due to concern over the economic impact, including Europe’s greater dependence on Russian oil and, in particular, natural gas.

“We are just discussing in the European Union a strategic approach, a plan, how to accelerate the investment in the renewables, how to diversify our energy supply,” she said on CNN’s “State of the Union” on Sunday.

Democratic Senator Joe Manchin, who’s in a bipartisan group of lawmakers backing a bill to impose the restriction, suggested Sunday that the U.S. go it alone.

“It’s basically foolish for us to keep buying products and giving profit and giving money to Putin to be able to use against the Ukrainian people,” Manchin said on NBC, pointing to what he said are untapped resources in the U.S. energy sector. “So why wouldn’t we lead? Why wouldn’t we show the resolve we have?”