The U.S. will open its borders to vaccinated foreigners on Nov. 8, a White House official said, granting access to millions of people who have been shut out of the country while closing it off to anyone who hasn’t had their shots.

The overhaul marks the biggest change to U.S. travel policy since the start of the COVID-19 pandemic, replacing a system that flatly barred most foreign nationals coming directly from major markets including Europe, India, Brazil and China.

Under the new system, vaccinated people who have had a negative test in the prior 72 hours will be able to board a flight to the U.S. as long as they share contact tracing information. Unvaccinated foreigners will be generally barred from entry, while unvaccinated Americans will need a negative COVID-19 test.

Wee nugget of news, particularly to 🇨🇦 and others that have mixed doses: the new U.S. travel policy *will* consider people with mixed vaccine doses as fully vaccinated, I'm told.

The U.S. hasn't (yet) started officially mixing but those folks abroad will be able to enter.

The move was first announced Sept. 20, but the Biden administration didn’t immediately say when the measures would kick in.

Airlines, battered by the coronavirus crisis, have applauded the move, and started to build out their schedules for winter and beyond. The firm date will give carriers like United Airlines Holdings Inc., British Airways and Virgin Atlantic Airways Ltd., stalwarts of the lucrative transatlantic market, more certainty as they gear up staffing, and planning for fuel purchases.

The move “finally allows consumers and businesses to book travel with confidence,” Shai Weiss, chief executive officer of Virgin Atlantic, said in an emailed statement. The airline has been ramping up flights to New York, Los Angeles and San Francisco from its base at London Heathrow. 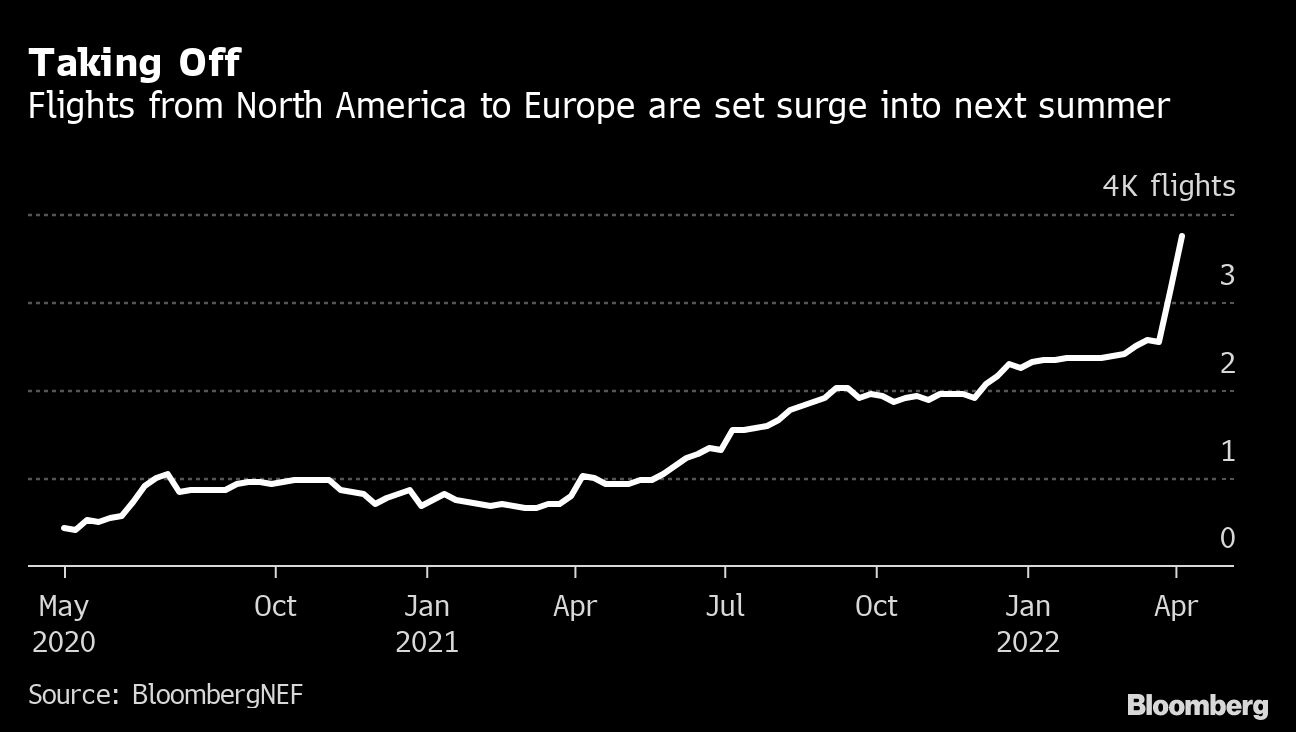 Flights between the U.S. and Europe -- filled with premium travelers -- make up the single most profitable part of the global aviation market. Carriers on both sides of the Atlantic have been lobbying since mid-2020 for links to be reopened, only to see hopes dashed each time there’s a surge in infections.

The move to a vaccine-based entry system brings the U.S. into line with the European Union, which started using COVID-pass apps at the start of summer, and the U.K., which made the switch in recent weeks. Asian centers such as Singapore, which have generally kept tighter curbs in place, have also started to loosen travel rules.

For the U.S., the Nov. 8 date also applies an opening along land borders with Canada and Mexico announced earlier this week.

The U.S. will consider people arriving by plane vaccinated if they received shots that are either authorized by the Food and Drug Administration or have an Emergency Use Listing from the World Health Organization.

The same will likely apply to those arriving by land, said the official, who added that children under 18 are likely to be exempt. People who have mixed shots from two different providers will be treated as vaccinated, the person said.

The decision to accept WHO-cleared shots not used in the U.S. means millions of travelers who have received doses developed by AstraZeneca Plc, as well as China’s Sinopharm Group and Sinovac Biotech Ltd., will be allowed to enter.

Still, the reliance on vaccines will raise questions about access, as countries with less resources are far behind the richest ones in rolling out shots.