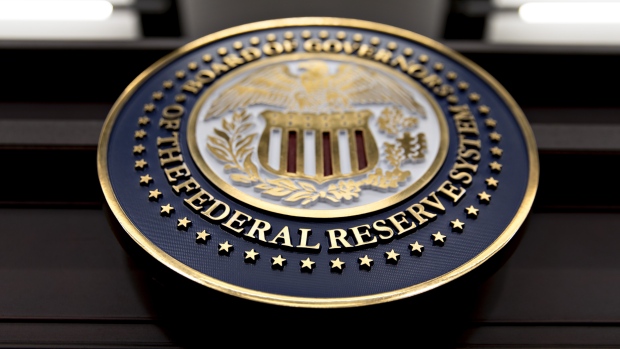 The seal of the Board of Governors of the Federal Reserve System. Bloomberg

A part of the U.S. Treasury yield curve that’s considered a recession indicator by many is heading toward a potentially worrying level once again.

The premium of the 10-year yield over the three-month Treasury bill rate on Tuesday shrank to less than three basis points, a level it last reached in early April. When the rate on the longer-term note actually falls below that of the shorter it’s seen by some observers as a warning sign for an economic slump. This so-called yield curve inversion has, in fact, already taken place earlier this year, though it only remained in place for around a week in March before the premium for longer-dated debt was restored. 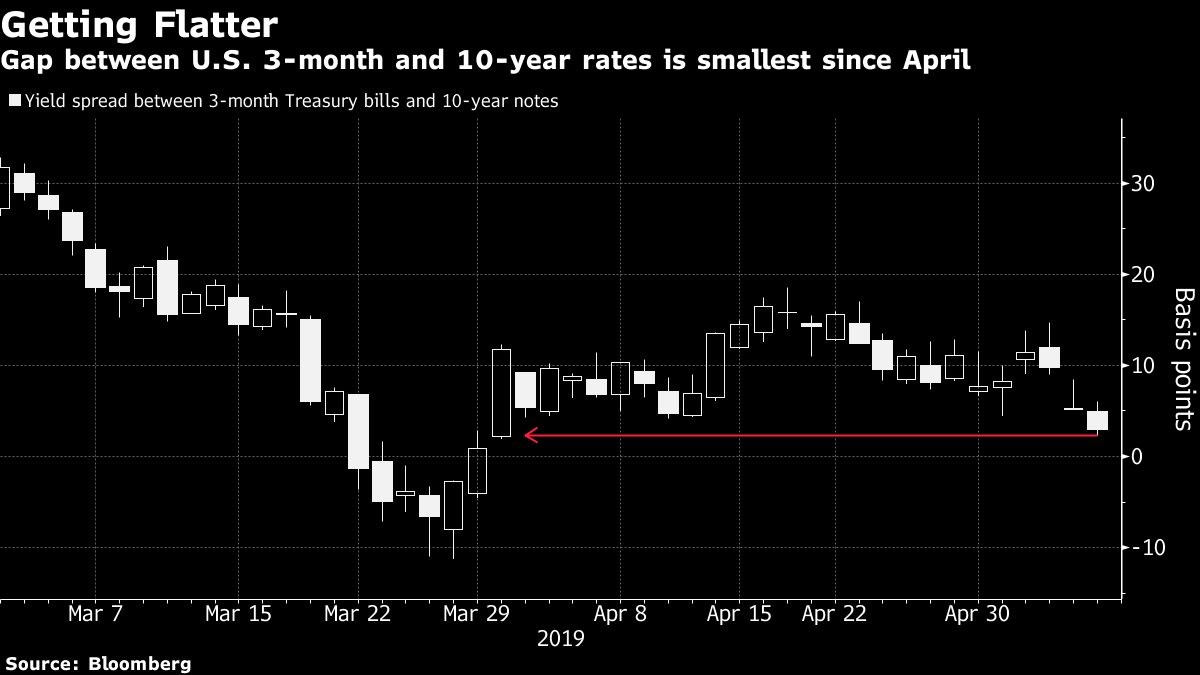 This latest round of flattening comes as prospects for a trade agreement between the U.S. and China have dimmed. Uncertainty has increased since the weekend, when U.S. President Donald Trump issued a threat to raise tariffs on China. It also follows a mixed jobs report last Friday and Federal Reserve Chairman Jerome Powell’s move to tamp down rate-cut speculation with his discussion of inflation.

The curve between three months and 10 years initially inverted in March after Fed policy makers slashed their projections for future interest rate increases. Meanwhile, weak European and American manufacturing data cemented the notion that the central bank’s tightening campaign could be over. The curve then reversed course after interest rate strategists believed that the Treasury-market had gotten ahead of itself.

The 10-year rate on Tuesday fell as much as 2.5 basis points to around 2.44 per cent, the lowest since April 1, as U.S. stocks slumped. Three-month bills yielded about 2.42 per cent.