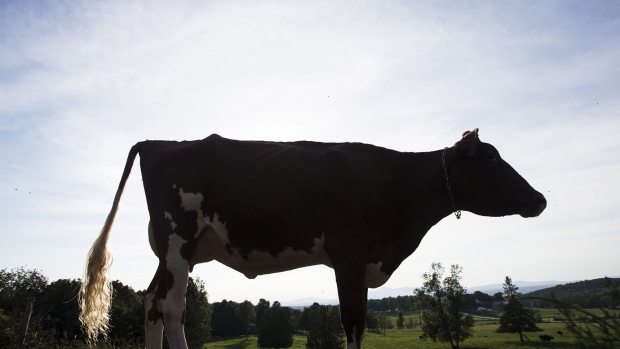 (Bloomberg) -- The United Arab Emirates imported 4,500 dairy cows from Uruguay as part of a drive to boost food security with the coronavirus disrupting global supply chains.

The shipment of Holstein cattle is the first of many, state-run news agency WAM reported Sunday.

It’s “a perfect step in strengthening the country’s efforts to enhance local production,” Mariam Almheiri, minister of state for food security, was quoted as saying.

The UAE and most other Gulf states import the bulk of their food, largely because their arid climates make crop and livestock cultivation difficult. They also depend on overseas supplies of medical, consumer and industrial products to sustain their populations.

The UAE government has taken several measures to ensure uninterrupted access to supplies since the virus spread around the world. A food-security council coordinates official efforts, including the stockpiling of essential goods. The country is also looking to farm rice to reduce its reliance on purchases from abroad.