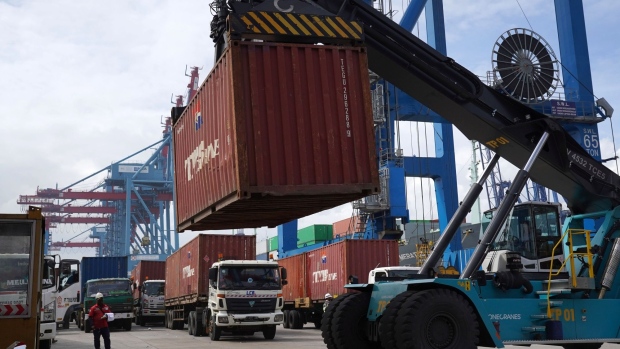 (Bloomberg) -- The United Arab Emirates signed a wide-ranging economic pact with Indonesia which will eliminate tariffs and boost bilateral trade.

Indonesia sees its exports to the UAE climbing 54% over the next 10 years, as the deal erases about 94% of existing tariffs, according to a statement from Indonesia’s trade ministry on Friday.

The UAE, the Middle East’s finance and tourism hub, is deepening its trade ties in fast-growing economies in Asia and Africa. It wants to remodel itself as a global hub for business and finance as regional competition heats up.

The Indonesia deal is the UAE’s third major trade pact since it announced the plan to broaden its economic relationships in 2021. It inked a similar agreements with India and Israel this year which lift or largely alleviate tariffs on goods. It is also working on a deal with Turkey.