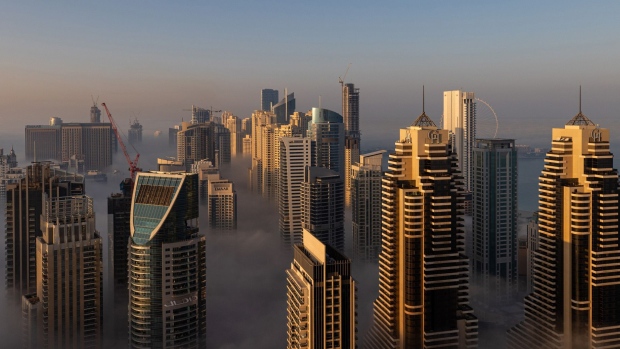 (Bloomberg) -- The United Arab Emirates expects to sign seven extradition agreements with countries around the world this year, underscoring a push by officials to cleanse the country’s image since a March “gray-listing” by a global financial watchdog.

The UAE has 37 mutual legal assistance and extradition accords in place, including pacts with the UK, France, Italy, India and China, a spokesperson at the Executive Office of AML/CFT, the UAE government body responsible for tackling illicit finance issues, said in an email to Bloomberg News.

“We expect to have seven additional agreements this year,” the spokesperson said without naming the countries. “Negotiations and discussions on this matter are ongoing with a number of the UAE’s other partners around the world.”

The comments follow a string of high-profile arrests over the past week in Dubai, the nation’s commercial hub. The UAE is now in talks to extradite two members of the Gupta family, accused of looting billions from South Africa -- the brothers have always denied the allegations.

Hedge-fund trader Sanjay Shah, alleged to be the mastermind behind the $1.9 billion cum-ex dividend scandal, was also arrested in Dubai last week. Shah has repeatedly said he did nothing illegal.

The arrests came three months after the Paris-based Financial Action Task Force added the UAE to a list of countries subject to greater oversight for shortcomings in tackling illicit finance. The influx of Russian money into the country since the invasion of Ukraine has drawn additional scrutiny from Western officials.

While it’s not yet clear what the final impact of the UAE’s efforts will be, the recent arrests are likely to serve as a warning to others accused of financial crimes, according to diplomats, bankers and lawyers working in the country have said.

The FATF has said it wants the UAE to implement an action plan to demonstrate “a sustained increase” in effective prosecutions of different types of money laundering cases. The country should come off the gray list when it meets the group’s criteria, though this is unlikely for at least a year, according to people familiar with the review process.

While the arrests and other steps taken by the UAE should position the country more favorably, officials will probably still face some questions on the flow of Russian assets into the country, the people said.

A representative at FATF declined to comment. The UAE’s Executive Office of AML/CFT said the country is committed to working closely with FATF to quickly remedy the areas of improvement identified.