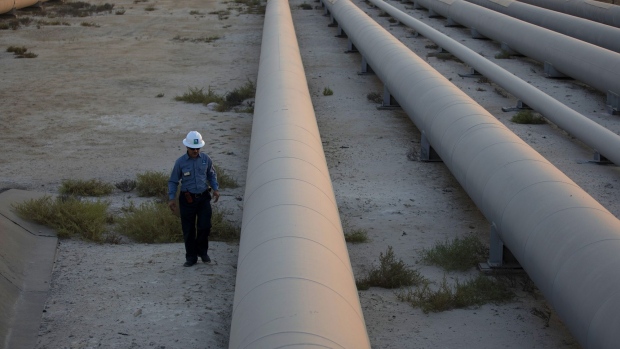 (Bloomberg) -- The United Arab Emirates said it would not take a stance on OPEC+’s oil-production strategy before the group’s meeting next week.

“The UAE remains fully committed” to the OPEC+ “declaration of co-operation,” state media tweeted, citing the energy ministry. “There is no prior position regarding the next meeting.”

The country “reiterates that any decisions will be taken collectively by the OPEC+ group in its next ministerial meeting.”

The comments come as traders and analysts debate whether OPEC+ will react to the U.S. and other consumers releasing crude from their strategic reserves by pausing or halting its monthly production increases. The group meets on Dec. 2.

The Organization of Petroleum Exporting Countries and partners including Russia have agreed at their past few meetings to increase daily output by 400,000 barrels each month. Saudi Arabia and other members have consistently said they will be flexible and can go slower or faster, depending on global oil demand.

Analysts at Australia & New Zealand Banking Group Ltd. said OPEC+ will probably decide against raising output in January due to the release of reserves.