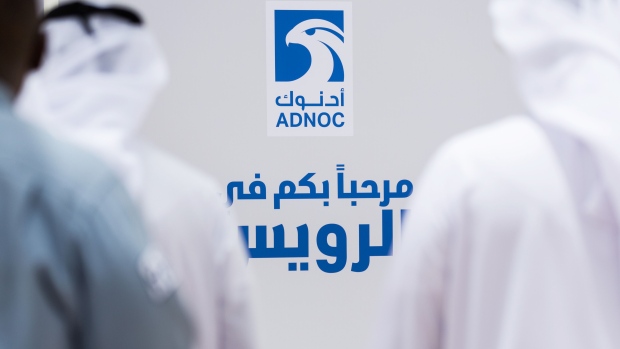 (Bloomberg) -- The United Arab Emirates sent a fresh signal it will make up for pumping too much oil in the past two months, as crude prices come under renewed pressure from sagging energy demand and rising coronavirus infections.

Abu Dhabi National Oil Co., which produces almost all the UAE’s crude, has indicated to refiners and traders that reductions in oil shipments for October will continue through November.

Adnoc will cut 25% of supplies based on volumes customers ask to receive in November, according to a statement seen by Bloomberg. All four of Adnoc’s grades of crude -- Murban, Umm Lulu, Das and Upper Zakum -- will be affected. It follows Adnoc slashing contracted allocations for October by 30%.

The company, owned by the Abu Dhabi government, usually informs long-term buyers of its supply plans around the 27th day of each month. Its decision to issue a statement early could be an attempt to flag its commitment to output reductions agreed by the Organization of Petroleum Exporting Countries and partners including Russia at the height of the pandemic in April.

The UAE is the third-biggest crude producer in OPEC and pumped above its quota of 2.6 million barrels a day in July and August. The International Energy Agency said the Gulf nation produced 3.1 million barrels daily in August and 2.9 million the month before that. Other organizations that track oil exports had lower figures, but still estimated the UAE over-produced.

The so-called OPEC+ alliance will meet virtually on Thursday to assess its success in bolstering oil prices and the outlook for the market. Weak demand caused Brent crude to drop below $40 a barrel last week for the first time since June. The benchmark has rallied almost 4% this week to $41.40.

The UAE is traditionally a loyal partner of OPEC’s de facto leader Saudi Arabia. UAE Energy Minister Suhail Al Mazrouei said earlier this month his country had breached its quota in August by roughly 100,000 barrels a day and would “compensate for this temporary increase.”

The UAE’s overproduction is likely to be short-lived, Ole Hansen, head of commodities strategy at Saxo Bank A/S, said on Wednesday.

“They’re in lockstep with Saudi Arabia when it comes to sending signals to the oil market,” he said. “It will come back in line over the coming months.”