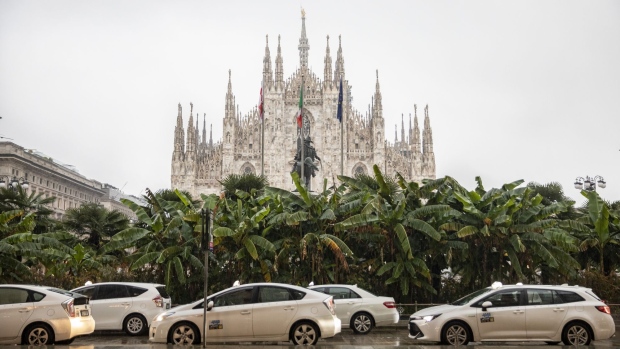 (Bloomberg) -- Uber Technologies Inc. signed a deal with Italy’s largest taxi dispatcher that will add more than 12,000 drivers to the US company’s platform.

The partnership between the ride-hailing giant and IT Taxi will bring the Uber app to more than 80 new cities in Italy starting from June, Uber said in a statement on Tuesday.

“The agreement signed with Uber is an important milestone that will progressively bring more rides to the taxi drivers of our consortium,” Loreno Bittarelli, president of IT Taxi, said in the statement.