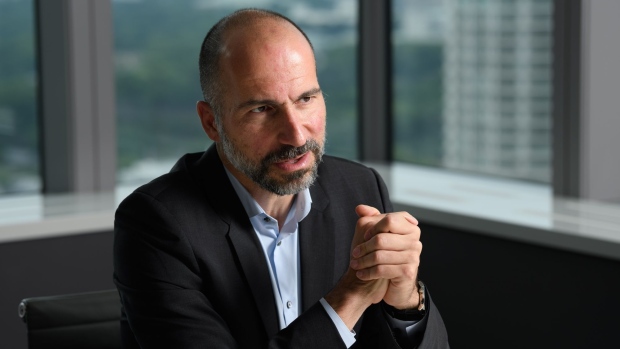 Uber Chief Executive Officer Dara Khosrowshahi announced the target Friday in a blog post. The ride-hailing company is also revamping its services to be more inclusive and equitable, while offering anti-bias training for riders and drivers. It will also continue to tie executive compensation to diversity metrics and increase support for Black-owned businesses.

The moves are similar to those made by Microsoft Corp., Facebook Inc. and Google in the wake of the police killing of George Floyd and the burgeoning Black Lives Matter movement.

The largest U.S. tech companies are still heavily white and male, although the percentage of Black employees has increased slightly in recent years, according to company reports analyzed by Bloomberg News.

San Francisco-based Uber increased Black employees to represent 9.3 per cent of the total U.S. workforce, according to the company’s 2019 diversity report. But just 3.3 per cent of leaders -- those with a director title or higher -- were Black.

Uber eliminated a quarter of its workforce in May in response to lower ride demand during the COVID-19 pandemic. That delayed the company’s 2020 diversity report to later this year, a spokeswoman said.

Khosrowshahi, an Iranian-born immigrant who has led Uber since 2017, said he’s optimistic the changes Uber is making will ensure people who work at, and with, the company will be treated equally. But he realizes sustained work on this is required.

“It is more important that we follow through, even after it feels like the outrage has cooled and business as usual has returned,” he wrote in the blog.