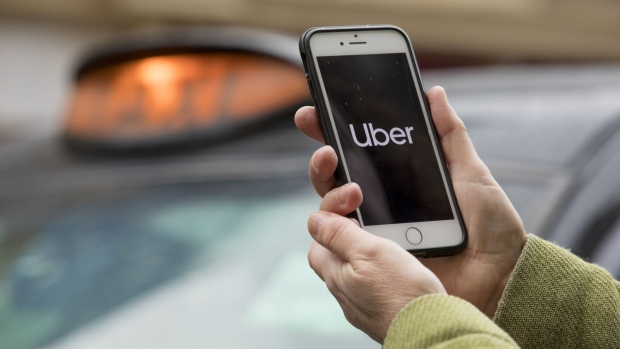 A commuter uses the Uber Technologies Inc. app on a smartphone in view of a black cab waiting to pick up passengers in this arranged photograph in London, U.K., on Monday, Nov. 25, 2019. , Jason Alden/Bloomberg

Uber Technologies Inc. has a US$1.5 billion leveraged loan due Friday, capitalizing on a market-sweeping repricing frenzy unleashed by low rates and robust investor demand.

The ride-sharing company’s transaction adds to a swelling tide of companies looking to pare down how much they pay on existing loans. Over 100 repricing deals have come forward so far this year, according to data compiled by Bloomberg. That’s already almost as many repricings launched in the entire year of 2020, the data show. 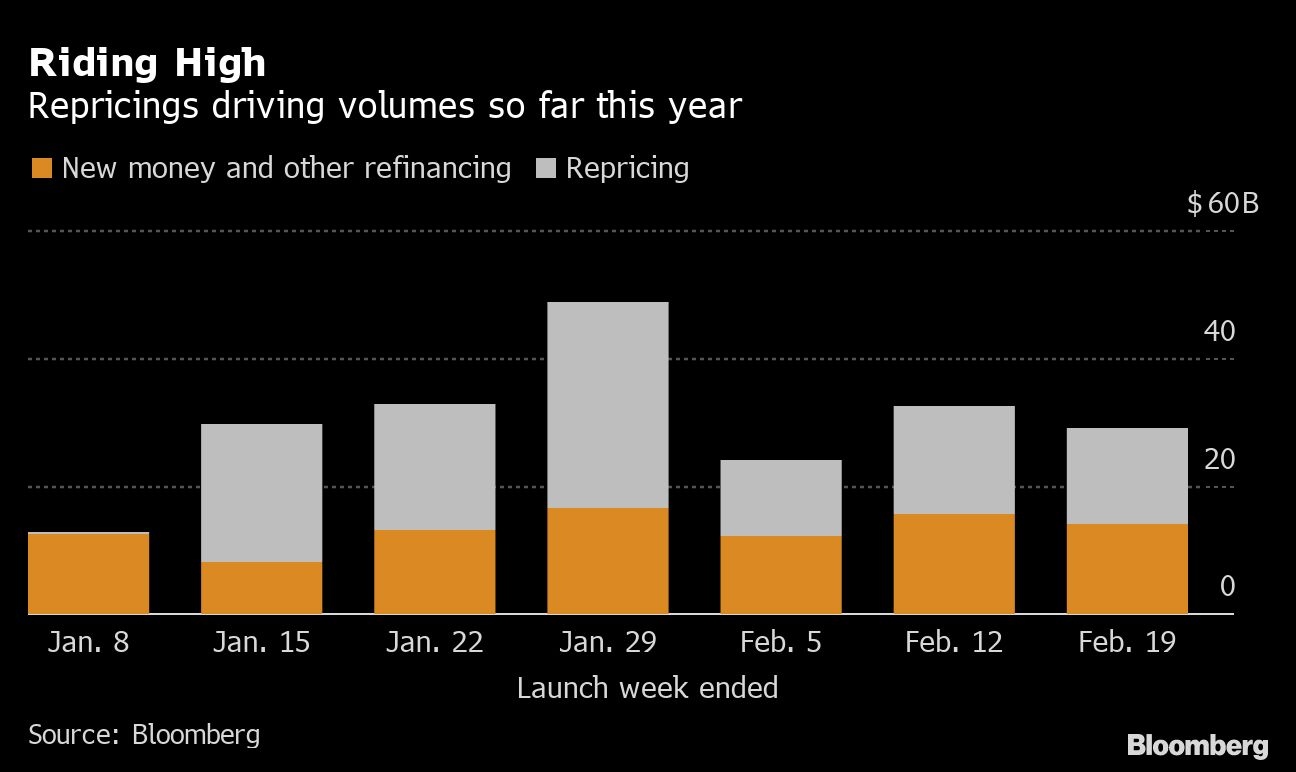 Though the current cost-cutting wave is slightly smaller by dollar volume than last year’s at this stage, booming appetites for leveraged loans suggest the spree has room to run. Investors have added cash to loan funds for six straight weeks while U.S. corporate high-yield funds have seen withdrawals for six of the seven weeks this year, according to Refinitiv Lipper. This week alone has seen seventeen repricings come forward, and more are expected as investors move into loans from corporate bonds.

“Treasury yields are rising, pushing investors toward floating-rate products such as loans,” Citigroup Inc. analyst Michael Anderson said. “In addition, loan yields are comparable to high yield so investors are not sacrificing much yield to move up in the capital structure and reduce duration exposure. This demand supports repricings.”

San-Francisco based Uber slashed the margin on its loan due in 2025 by 50 basis points over the London interbank offered rate, according to a person with knowledge of the matter. It was also able to extend the maturity of a US$1.1 billion loan by about four years, the person said.

There are other sizable repricings in the market as well. Blackstone Group Inc. is looking to cut rates on US$1.6 billion of debt it sold less than three months ago to help fund its acquisition of DNA testing company Ancestry.com Inc. Meanwhile, Clarios Global LP is taking a stab at lowering interest on a $4.1 billion loan, the second-largest repricing of the year following Athenahealth Inc.’s US$4.6 billion deal.

Last year’s repricing binge subsided as the coronavirus crisis prompted a selloff in secondary markets, but it’s not clear what would curb this year’s wave.

“Sometimes it’s a building calendar of primary deals that soak up excess demand,” said Citigroup’s Anderson. He added the most likely factors would be an economic slowdown where Treasury rates rally and investors move back to products with more duration, or a collapse in fiscal stimulus expectations.