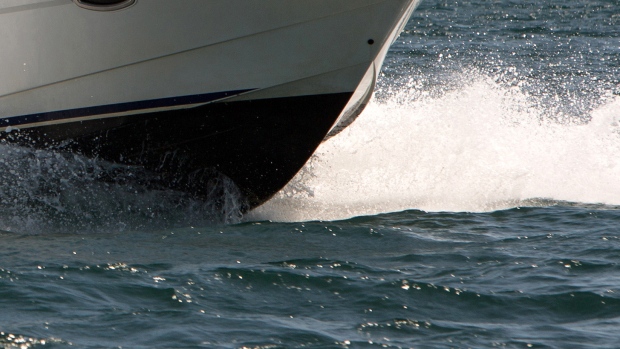 A Beneteau SA motor boat owned by Navette-Tezman Holding and operated through the UberBOAT taxi service, a unit of Uber Technologies Inc., sails past residential properties on the banks of the Bosporus strait in Istanbul, Turkey, on Friday, Aug. 28, 2015. The service will appear on the smartphone app when a user stands near the coastline of the city's central waterway. , Photographer: Bloomberg/Bloomberg

Uber’s Chief Business Officer Brooks Entwistle said in June that the company was in talks with Lagos state government and regulatory authorities to start UberBoats to ease traffic congestion in the city.

Nigeria’s commercial capital has one of the highest car densities in the world, with about 200 cars per kilometer causing traffic congestion. Its vast and underutilized waterways are seen as a viable transportation alternative to relieve pressure on the roads.

The boat service, priced at 50% of current fares, is “aimed at providing commuters with an easy and affordable way to get in and out of the city’s business districts,” the San Francisco-based firm said in an emailed response to questions. Customers will also get 50% discount on Uber taxis when used for rides to the boat jetty.

UberBoat will only be operational on weekdays from 8am to 5pm for 500 naira ($1.39) per trip, the ride-hailing company said.

To contact the reporter on this story: Tope Alake in Lagos at talake@bloomberg.net

To contact the editors responsible for this story: Anthony Osae-Brown at aosaebrown2@bloomberg.net, Jacqueline Mackenzie