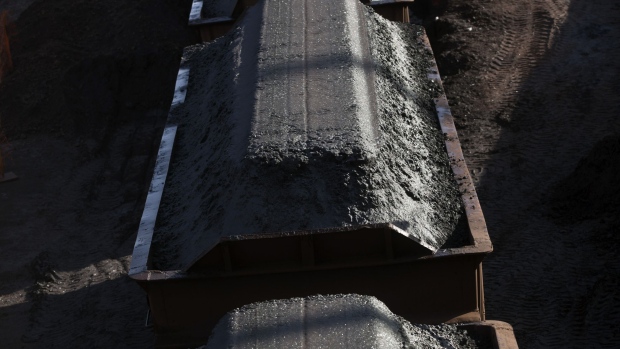 They said the current stock price is based on iron ore averaging about $100 a ton next year. But they consider that overly optimistic, predicting it will drop to around $89. Iron ore prices have already tumbled over 50% from this year’s peak and futures sank below $100 Friday as China’s steel-production cuts and property-market downturn hurt demand.

UBS is the first cut to sell for Vale ADRs in more than four months, according to data compiled by Bloomberg.

The steep slide in iron prices has offset any positive impact from Vale’s announcement that it is boosting its dividend to 40.2 billion reais ($7.5 billion) at the end of the month as it bounces back from a dam disaster that pummeled production. “Vale’s dividend story gets much less attractive” with iron ore under $100, analysts said.