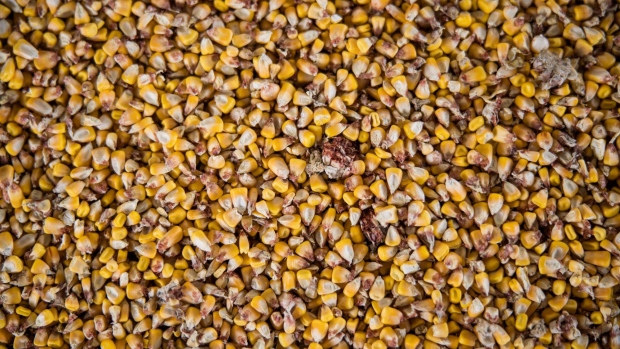 (Bloomberg) -- Uganda’s corn growers and processors want the government to restrict shipment of unprocessed grains so they can retain husks for animal feed.

Following poor rainfall, the East African nation will produce about 2.5 million tons of corn this crop year, about 50% of the previous year’s output, according to agriculture ministry estimates. Authorities will study the impact of such a ban on production and demand, Agriculture Minister Frank Tumwebaze said Wednesday from the capital, Kampala, without giving details.

“In some areas there was total crop failure due to the drought,” said Alex Lwakuba, commissioner of crop resources at the ministry.

Last season, half of its 5 million-ton production was surplus, some of which was exported to Kenya, South Sudan and the Democratic Republic of Congo, according to the Grain Council of Uganda. Kenya, which buys the bulk of Uganda’s surplus corn, and Burundi said last season they would prohibit imports for the grain from their neighbor, citing high levels of mycotoxins.