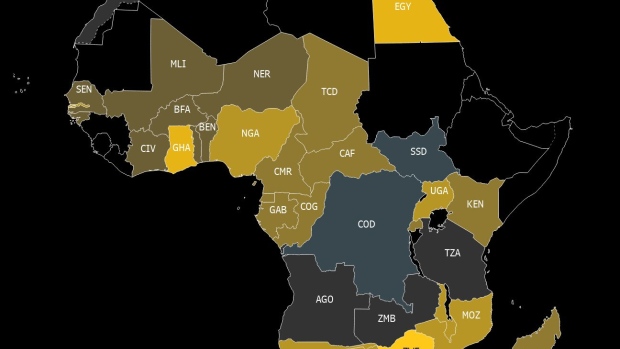 Ugandan central bank increased its key interest rate to the highest in more than two years on concerns over mounting price pressures after holding a special monetary policy meeting.

The monetary policy committee raised the benchmark rate to 8.5% from 7.5%, Deputy Governor Michael Atingi-Ego said in a virtual briefing on Tuesday in the capital, Kampala. That adds to a 100 basis point increase a month ago and brings the benchmark to the highest level since early April 2020.

Uganda’s central bank was the first in Africa to call a special MPC meeting since the start of the war in Ukraine. Since February, central banks including Russia, Kazakhstan and India have held special meetings to curb portfolio outflows, currency sell-offs, inflation or all three and attract investors lured by rising interest rates in the US and Europe.

Annual core inflation, which excludes food and energy, exceeded the central bank’s 5% medium-term target for a second straight month, accelerating to 5.5% in June, from 5.1% the previous month. Headline price growth quickened to 6.8% from 6.3% in May.

Price pressures in the East African nation have been mounting as the war chokes supply chains and surging import bills and a move away from riskier assets have hit the domestic currency.