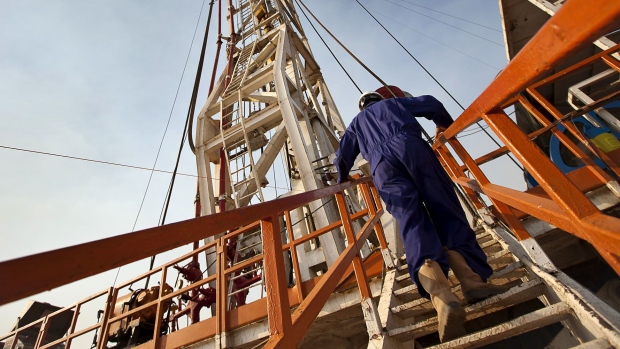 (Bloomberg) -- Uganda is exploring options to cut reliance on Kenya for petroleum imports by reviving shipments through Tanzania, a move that potentially jeopardizes business for its neighbor’s Mombasa port.

Uganda accounts for about three quarters of Mombasa port’s transit cargo, and any drop in shipments could further hurt the facility that’s been fighting to stave off growing competition from Tanzania’s Indian Ocean ports of Dar es Salaam and Tanga.

Mombasa also serves South Sudan, the Democratic Republic of Congo, Rwanda and Tanzania. The region’s over reliance on the Kenyan port came into sharp relief in 2007 when post-election violence that rocked East Africa’s biggest economy disrupted supply chains to the landlocked nations.

Last week, Uganda Railways Corp. began a trial delivery of 500,000 liters of petroleum products across Lake Victoria, resuming shipments after a 16-year break, acting Managing Director Stephen Wakasenza said Tuesday by phone from the capital, Kampala. The fuel initially landed in Dar es Salaam and was transported by train to Mwanza port and onward to Uganda over the world’s second-largest fresh-water lake.

“We are comfortable with Mombasa, but as a country we need an alternative route for strategic reasons,” Wakasenza said. “We are targeting oil because it is a product used daily.”

Landlocked Uganda consumes about 185 million liters of fuel products monthly, according to John Friday, the assistant commissioner for petroleum supplies, most of it trucked through Kenya. URC aims to bring in 10-20 million liters on both routes monthly and to grow capacity to 40 million liters once it imports additional wagons, Wakasenza said.

The state-owned company has a vessel with a capacity to haul 880 tons and make 10 voyages a month, and has a second one under repair, he said. In addition, it will rely on a Kenyan-owned boat to supply about 4-6 million liters a month, and Tanzania-registered Umoja.