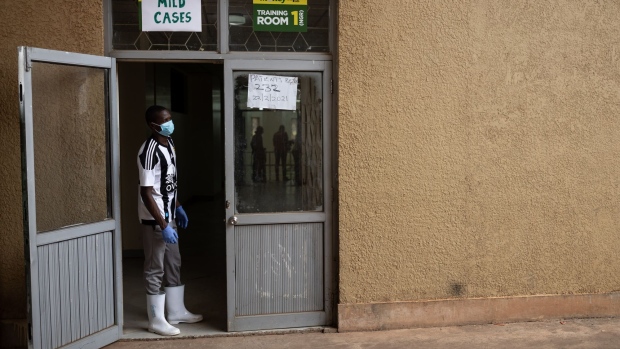 (Bloomberg) -- Uganda relaxed a second national lockdown imposed in early June as a drop in the infection rate allows authorities scope to open up the economy that’s been battered by containment restrictions.

Business hubs, private and public transport reopened with restricted capacity limits as the East African country grapples with the pandemic and the newly dominant delta variant, President Yoweri Museveni said Friday in a televised address from the capital, Kampala.

Easing of restrictions in Africa’s biggest coffee exporter follows a drop in the positivity rate for the virus to 8% from 22% at the time the second lockdown was instituted, he said. The initial lockdown was put in place in March after the first case of the virus was detected in Uganda.

East Africa’s third-biggest economy cut the budgets for ministries, departments and agencies by as much as 41% this month, just days after the start of the financial year, anticipating a fall in revenue, according to the Finance Ministry. The country operates a cash budget, the ministry says.

The country is battling the second wave of the virus, with cumulative cases estimated at over 93,000 with almost 2,700 deaths, said Museveni.

Uganda, with a population of about 42.7 million, has so far administered 1.14 million doses of donated the AstraZeneca vaccine, according to the Ministry of Health, which targets inoculating 22 million people before the country is fully opened.

Uganda is due to receive 286,080 doses of AstraZeneca donated by Norway through the Covax facility and 300,000 doses of Sinovac from China, Museveni said.

“I would like to thank both the Government of Norway and People’s Republic of China for prioritizing the lives of Ugandans,” Museveni said.