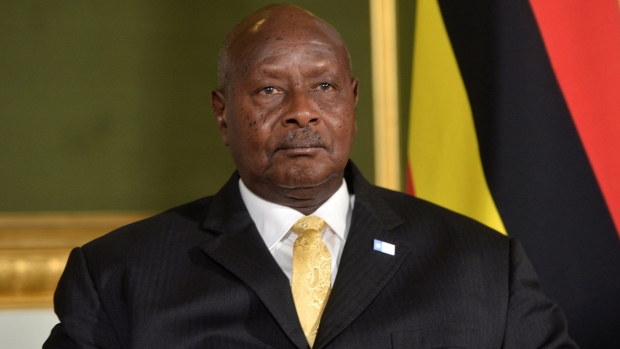 Museveni removed Muhoozi Kainerugaba, 48, as head of the Ugandan army’s land forces on Tuesday following a series of tweets in which he said the military could capture Nairobi, the capital of neighboring Kenya, within two weeks. Kainerugaba also suggested that former Kenyan President Uhuru Kenyatta, who stepped down last month after two terms in office, erred by not participating in an August election to prolong his rule.

“I ask our Kenyan brothers and sisters to forgive us for tweets sent by General Muhoozi, former commander of land forces here, regarding the election matters in that great country,” Museveni said in a statement on Wednesday. He said it was incorrect for public officials to comment on or interfere in the internal affairs of other countries.

Despite dismissing Kainerugaba as head of the army, Museveni promoted his son to full general, from lieutenant-general, and retained him as a senior presidential adviser.

Kainerugaba frequently comments on multiple topics on social media. Local media have speculated that he may one day succeed his father, who has ruled Africa’s biggest coffee exporter since coming to power in a coup in 1986.