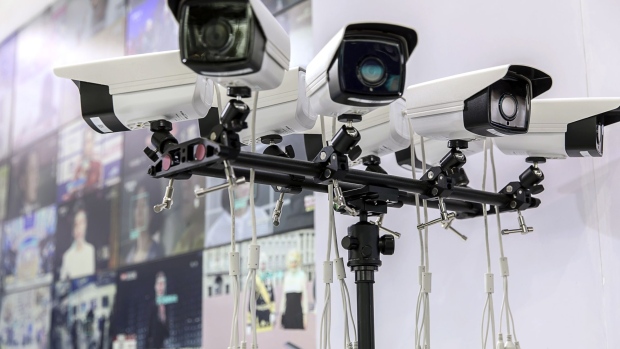 (Bloomberg) -- The UK government will no longer deploy surveillance equipment made by Chinese companies at sites it considers sensitive, minister Oliver Dowden said in a statement Thursday.

“Since security considerations are always paramount around these sites, we are taking action now to prevent any security risks materialising,” Dowden said. The government’s decision was based on a review of current and future possible security risks arising from the installation of visual surveillance systems on the government estate.

China’s Hangzhou Hikvision Digital Technology Co. and Zhejiang Dahua Technology Co. are among the world’s leading video surveillance providers and have been on a US blacklist since 2019 because of concerns about them being implicated in human rights violations. Discontent about the lack of safeguards preventing the Chinese government from acquiring data and information from its companies has grown in recent years and other governments have taken steps to limit their exposure.

US legislators passed the Secure Equipment Act a year ago to similarly curtail the use of Chinese-made equipment in the country’s communication systems. UK Prime Minister Rishi Sunak has called China “a systemic challenge to our values and interests” and “the biggest state-based threat to our economic security.”

The UK government’s new instruction to state departments bans the addition at sensitive sites of equipment produced by companies subject to China’s National Intelligence Law. The government also advises considering whether to remove gear from such firms that’s already in place and applying the same risk mitigation to areas not considered sensitive.