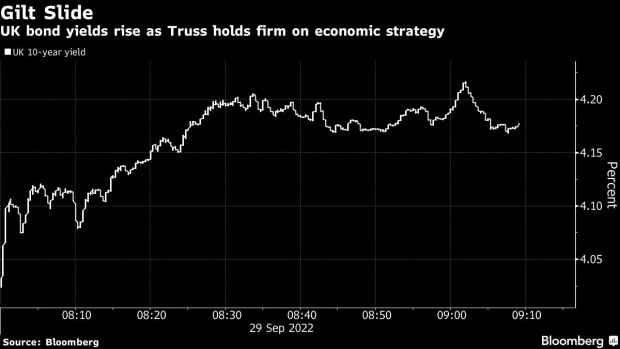 The yield on the 10-year gilt rose as much as 21 basis points to 4.22% after she started speaking in a radio interview on Thursday morning.

The move undid part of a massive rally triggered Wednesday, when the Bank of England announced it would start buying long-dated government bonds and delay reducing its gilts portfolio to help stabilize the market.