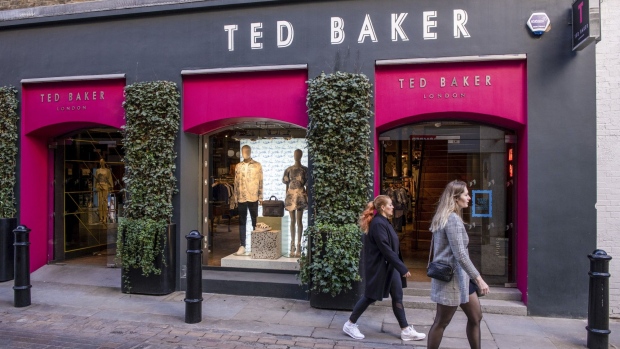 A Ted Baker Plc store in Covent Garden in central London, U.K., on Friday, March 18, 2022. Ted Baker Plc shares gained the most in almost two years after Sycamore Partners Management LP said it’s considering making an offer for the U.K. fashion brand, which lost more than 90% of its value in the past four years. , Bloomberg

(Bloomberg) -- Ted Baker Plc picked a preferred bidder after receiving a number of revised takeover proposals and said that private equity fund Sycamore Partners Management LP has dropped out of the process.

The UK designer said Monday it will begin a due diligence process with the preferred bidder, which will probably take several weeks. The board reserves the right to reject any approach or terminate talks with any bidder at any time, Ted Baker said.

Chief Executive Officer Rachel Osborne has been seeking to revive Ted Baker by cutting debt and product markdowns, boosting online sales and refreshing the brand. The shares have lost more than 90% of their value in the past four years.

The retailer’s founder Ray Kelvin departed in 2019 after being accused of inappropriate hugs and other behavior in the workplace, which he denied. The company reported a 35% gain in fiscal fourth-quarter revenue in February.