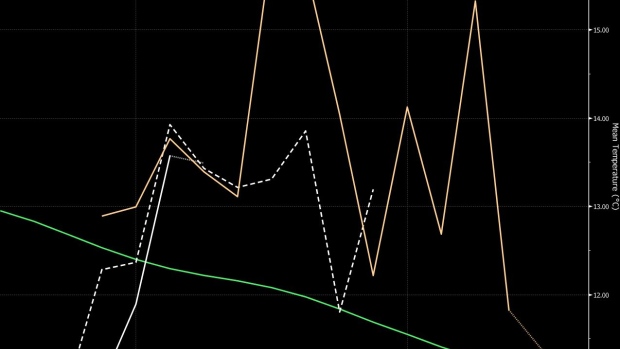 “People will be more mindful” about energy use, Ovo Chief Executive Officer Raman Bhatia said at the Bloomberg Technology Summit in London on Wednesday. On the sidelines of the event he said he expects people to hold off switching their heating on until later in October because of mild weather, delaying the most common start of the UK heating season later than Oct. 1.

Cost is also a driver for people to use heating systems less. An informal poll of audience members conducted during the interview showed a majority plan to respond to soaring energy tariffs simply by minimizing their energy use whenever they can. A smaller number said they would do nothing differently, while a tiny minority said their smart home would optimize everything.

While governments are releasing billions of euros to support consumers struggling with surging energy costs, the hope is that many people will keep their thermostats turned down even in colder months.

The most effective way to minimize energy use during colder months is improving insulation, Bhatia said, noting the average UK home loses heat three times faster than in Germany or Sweden. Ovo is training customer service agents to offer more advice and even audit homes, he said.

Beyond that, though, Ovo wants to help customers hook up smart meters to smart variable tariffs to draw on the grid in a more efficient way, saving them money while smoothing out peaks in grid demand during the day, Bhatia said.

“The opportunity presented by smart meters, smart thermostats, linking all of this data together, is the opportunity to go after right away,” Bhatia said, meaning users can pick their moments to use the most demanding applications. “The grid is pretty dirty and expensive between 4pm and 7pm, for instance. So maybe do not use your tumble drier if you have one at that point.”