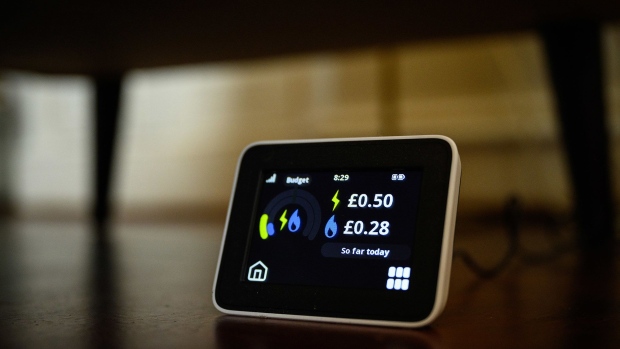 (Bloomberg) -- Average household energy bills in the UK are just going to keep rising, with one forecaster setting the annual figure above £5,000 ($6,110) next year.

As ministers are set to meet energy bosses on Thursday, analysts at energy consultancy Auxilione forecast that surging natural gas prices will keep pushing up costs next year, leading to sustained stress on the finances of millions of people.

The UK’s energy price cap, which limits the unit cost of household energy, is set to rise later this year to just above £3,600 on an annual basis, Auxilione found, similar to other recent expectations. It will then peak above £5,000 in the second quarter next year and stay above £4,000 through at least the end of 2023.

Energy regulator Ofgem has warned households to prepare for a difficult winter. The government has already announced a £400 discount on bills to help with rising costs, but pressure is mounting for more support. With the Conservative leadership race still under way, it’s not clear how fast the government will act.

Wholesale natural gas prices in the UK have more than tripled in the last year and are more than four times higher than the seasonal average over the previous five years.

Before the start of the energy crisis last year, average annual costs were around £1,100 pounds. That means a potential increase of nearly £3,900 a year, about 12% of the median disposable income of £31,400 for a British household.