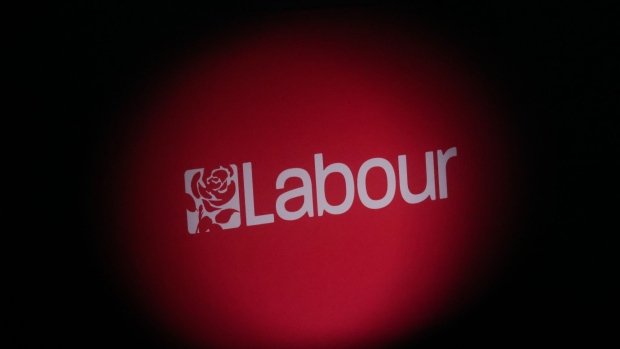 The office of the local Labour Party in Sidcup, U.K., on Friday, Nov. 26, 2021. The parliamentary seat of Old Bexley and Sidcup will be contested in a by-election on Thursday. , Bloomberg

(Bloomberg) -- The UK Labour Party surged to the biggest poll lead by any political party in more than two decades as Prime Minister Liz Truss failed to reassure voters about her economic strategy, which caused turmoil in the financial markets over the past week.

Labour now has a 33-point lead over the ruling Conservatives, according to a YouGov poll for the Times newspaper published Thursday. YouGov described the lead as the biggest enjoyed by any party with any polling company since at least the late 1990s.

The outcome of the survey eclipses the 17-point Labour lead recorded earlier this week by YouGov, itself the biggest the pollster had ever recorded for Keir Starmer’s party. YouGov was founded at the beginning of the century.

Truss and Chancellor of the Exchequer Kwasi Kwarteng are paying the political price for a fiscal package last week that, while not an official budget, represented the biggest set of unfunded tax cuts in half a century. The plans spooked markets, with the pound touching an all-time low against the dollar earlier this week, and the Bank of England making a dramatic £65 billion intervention to avert a meltdown in the bond market.

The poll will exacerbate tensions in the Conservative Party ahead of its annual conference, which starts on Sunday. MPs were already publicly and privately expressing fury at Truss’s fiscal package, which cut taxes for the wealthiest Britons at a time when a cost-of-living crisis is putting a squeeze on household budgets nationwide.