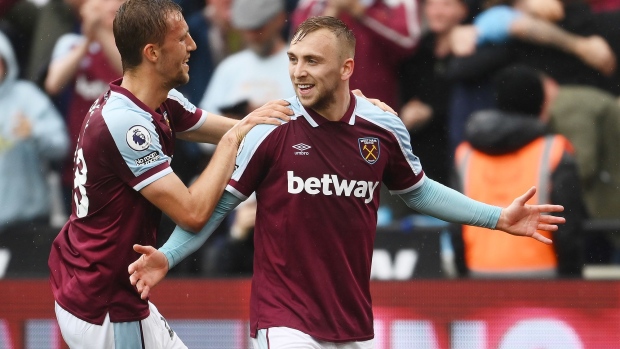 The UK may introduce new curbs for online gambling that will include the removal of betting company logos from Premier League football club shirts, according to reports from the BBC and the Times newspaper.

The government is reviewing gambling laws and expects to publish a policy document setting out proposals for future legislation within weeks, with the logos possibly being banned by 2023 or 2024, the BBC reported, citing a spokesperson for the UK’s Department for Digital, Culture, Media and Sport.

The review may also lead to proposed limits on some forms of online gambling. Gamblers using online slot machines could face a cap on their bets of as little as £2, according to the Times. That amount may be increased if the betters are able to show they can afford to lose more.

“We are undertaking the most comprehensive review of gambling laws in 15 years to ensure they are fit for the digital age,” a DCMS spokesperson said in a statement Saturday.

Britain is one of the world’s biggest gambling markets, generating a profit of £14.2 billion ($17.7 billion) in 2020, according to Public Health England.

Ministers expect to make an agreement with Premier League football clubs in the next two weeks on removing logos from the shirts, the Times reported. If no agreement is reached, the government will ban the practice, the newspaper said.

Almost half of the league’s 20 clubs, including West Ham and Leeds, are sponsored by gambling companies