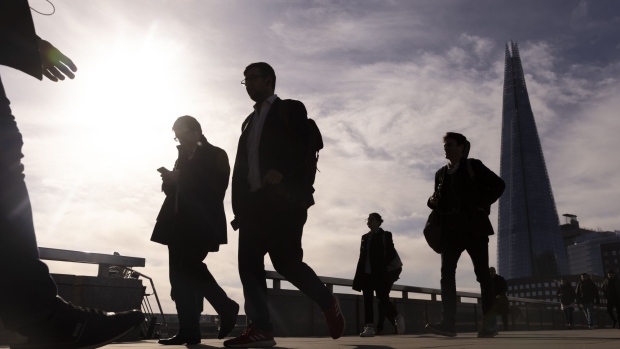 Pay review bodies are set to set out their recommendations to ministers in the next few months, Blain said. Ministers can override their findings -- and Blain’s account of the cabinet discussions laid out the government’s thinking.

Shapps, for example, told ministers that pay increases for railway workers over the last decade had surpassed those for other public workers, according to Blain. That remark is likely to further anger the railway union RMT, which is balloting members on strike action.

“There is an independent process that will make recommendations to government,” Blain said. “We will consider them, but it would be irresponsible in the current global situation we find ourselves in to discount inflation as a factor when considering public sector pay.”