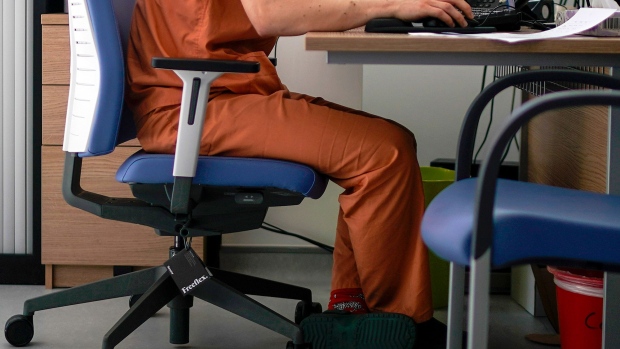 (Bloomberg) -- Patients in England will get same-day appointments with family doctors if they need urgent help and no one will wait longer than two weeks to be seen, under new government plans to overhaul the creaking National Health Service.

Pharmacies will also be allowed to manage and supply more medicines including contraception without a prescription in a bid to ease pressure on general practitioners, Health Secretary Therese Coffey told the House of Commons on Thursday.

“My priorities are patients’ priorities and I will endeavor, through a powerful partnership with the NHS and local authorities, to level up care and match the expectations that the public rightly have,” she said. The measures mark the “start not the end” of the government’s ambitions on health care, she added.

The NHS is under immense pressure following years of budget cuts, staffing shortages and the relentless burden caused by the Covid-19 pandemic. There are now in excess of 6.8 million people waiting for hospital treatment in England -- a record -- and more than 370,000 of them have been waiting for longer than a year.

But critics immediately hit back against Coffey’s plans, with the opposition Labour Party accusing the ruling Tories of failing to provide the doctors and nurses needed to treat patients on time.

“The NHS is facing the worst crisis it has ever seen,” shadow Health Secretary Wes Streeting told the Commons. “The super-massive black hole at the heart of her plan is the lack of a workforce strategy.”

The Royal College of GPs called for more funding and a new plan to recruit and retain doctors, while the NHS Confederation, which represents health workers, said the measures would “not come close” to ensuring patients can be seen within the timescales promised.

Under the government’s plan:

Two million GP appointments a year could be freed up by giving pharmacies more power to dispense medicines, according to Coffey’s Department of Health and Social Care. Pharmacists will also take referrals from emergency care for minor illnesses or symptoms such as a cough, headache or sore throat.

The measures “will have minimal impact on fixing the current problems that general practice is facing over the winter and could compromise continuity of care for those who need it,” Ruth Rankine, director of primary care at the NHS Confederation, said in an emailed statement.

The much-anticipated NHS plan is part of a raft of major policy announcements being made by Liz Truss’s new government this week, after politics was put on hold following the death of Queen Elizabeth II. It comes after ministers on Wednesday announced a plan to help businesses with soaring energy bills and ahead of a mini-Budget planned on Friday by Chancellor of the Exchequer Kwasi Kwarteng to lay out measures to cut and simplify taxation.

Coffey’s proposals fail to address funding shortages that underline many of the problems besetting the NHS, according to Jennifer Dixon, chief executive of the Health Foundation.

“Without extra investment to cope with inflation or unfunded pay increases, the NHS is being asked to do more with less, which will not serve patients well,” she said.

A shortage of doctors will persist even if the government brings in pharmacies and other staff to free them up for more timely appointments, said Helen Buckingham, director of strategy at Nuffield Trust.