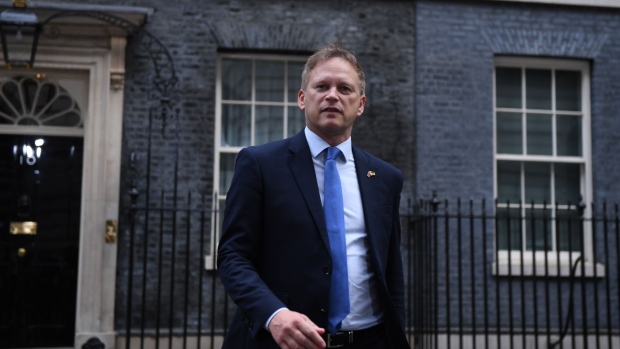 (Bloomberg) -- UK Energy Secretary Grant Shapps said he’s sure the UK will have enough natural gas this winter after favorable temperatures and increased storage capacity lowered the prospects of a shortage in coming months.

Shapps told the House of Commons on Tuesday that he’s also confident in wider European gas supplies, “notwithstanding things like terrorism or developments in the war in Ukraine.”

“The weather has been better than might have been expected and gas supplies are full,” Shapps said, responding to a question about the risk to energy security posed by potential disruption to a Norwegian gas pipeline. “In all expected, imagined circumstances, we will be OK this winter.”

The energy secretary’s bullish remarks suggest ministers believe the chances of enforced power cuts this winter are waning, even as Britain heads into the coldest months of the year with its tightest supply buffer for seven years.

The UK gets more than a third of its electricity from gas-fired power plants and uses the fuel to heat 85% of homes. Earlier this year, government planning documents showed ministers were bracing for a “reasonable worst-case scenario” of several days of cold weather and reduced energy imports from Norway and France necessitating organized blackouts.