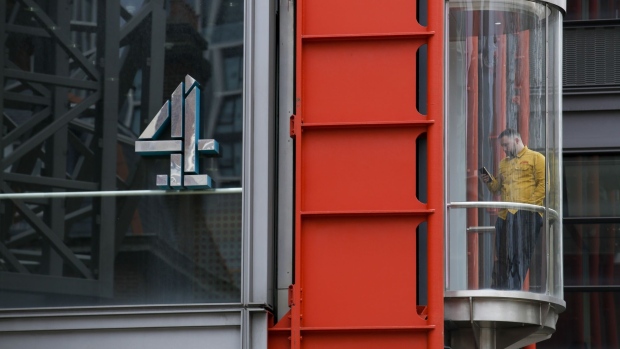 Signage at the headquarters of the Channel Four Television Corp. in London, U.K., on Tuesday, April 5, 2022. The U.K. plans to push ahead with the privatization of state-owned broadcaster Channel 4, according to people familiar with ministers' plans. , Bloomberg

(Bloomberg) -- UK state-owned network Channel Four Television Corp. could be freed from its “public service broadcasting” rights and obligations a decade after a planned privatization is completed, the Culture Secretary said.

“We are putting a time frame in for ownership as a public service broadcaster -- I just wanted to confirm the number of years -- it’s ten years,” Nadine Dorries told lawmakers on the Department for Digital, Culture, Media and Sport committee Thursday.

“The sale of Channel 4 is happening, it’s in the media bill which will be coming forward to Parliament very shortly,” she said. “There will be many options that many prospective buyers would like to put forward. But it will be a public service broadcaster, therefore it means it will be free to air.”