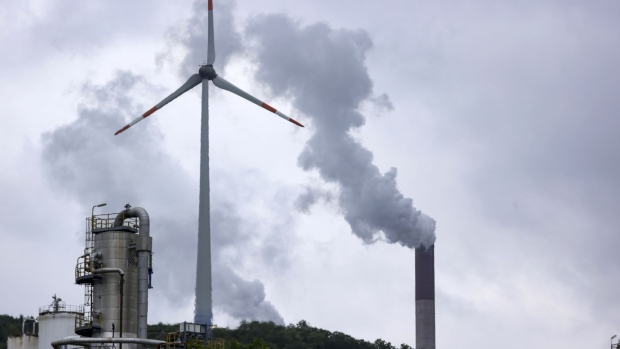 (Bloomberg) -- UK regulators have been advised to avoid a number of key planks in the EU’s green taxonomy including the bloc’s handling of real estate, as Britain tries to build an ESG investing framework of its own.

The EU’s treatment of sectors including real estate, shipping, bio-energy and hydrogen in its taxonomy is potentially “very problematic,” according to the UK’s Green Technical Advisory Group. Applying the same standards as those laid out in the EU rulebook would be inconsistent with the UK’s net-zero ambitions, GTAG said on Friday.

The EU has blazed a trail in sustainable investing, building an ambitious regulatory framework that’s widely seen as a global benchmark. But the speed with which the EU project has been pushed through has left it riddled with holes and inconsistencies, and even regulators inside the bloc have demanded urgent improvements.

With the EU model as a starting point, Britain should pick and choose the elements that look appropriate for the UK market, and those that aren’t, according to Ingrid Holmes, chair of GTAG.

“We’re going further and faster in a number of areas in the UK,” she said in an interview. Britain can make “the detail shorter, easier to follow and easier to demonstrate compliance” than is currently the case in EU rules, she said.

More broadly, however, the UK acknowledges that the EU’s taxonomy, which sets the rules for what can be treated as a sustainable activity, should serve as a template for its own ESG framework. GTAG also recommends that the UK seek feedback through a consultation process if it deviates from the EU’s taxonomy.

GTAG’s advice is non-binding. But it sets the parameters for the UK debate around environmental, social and governance investing as officials try to fight greenwashing and position Britain as a sustainable-finance hub.

Divergence from the EU’s taxonomy would potentially leave the investment industry facing more post-Brexit paperwork, with investors, banks and companies subject to both jurisdictions’ regulations.

“A UK Green Taxonomy which is very different from that of the EU could add a new dimension for financial markets and especially for those managing international portfolios of assets,” the report acknowledged. “This would include extra costs and disincentives for international investors located or considering operations in the UK.”

Holmes said GTAG has been in dialogue with other nations including Australia, Chile and Canada about how to approach such regulations. As a minimum, a UK taxonomy should be at least as ambitious as the EU’s, GTAG also said.

The taxonomy must “remain science-based and avoid lobbying by vested interests which may be intended to soften the technical screening criteria,” it said.

The EU’s controversial decision to include gas and nuclear power in its “green” taxonomy has drawn particular criticism. And members of GTAG have spoken out against such an interpretation of “sustainable.”

Holmes said the group would release more advice to the UK government in the coming months.

“It’s important to take the time to get these quite prescriptive pieces of legislation and regulation right the first time,” Holmes, who is also executive director of the Green Finance Institute, said. “The climate and sustainability crisis is pressing, but if you rush ahead with regulation or legislation that hasn’t been worked through with market participants, you do run a high risk of unintended consequences.”