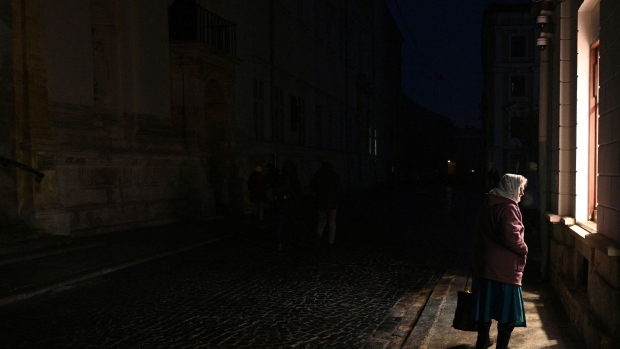 (Bloomberg) -- The trickle of natural gas still flowing through Ukraine to Western Europe is at risk after Russia’s attacks on energy infrastructure led to blackouts in much of the region.

Emergency power cuts imposed by Ukraine after a barrage of Russian missile strikes against production plants and other infrastructure threatens to paralyze a pipeline that ships gas through the region, according to Sergiy Makogon, former chief of Ukraine’s Gas Transmission System Operator and energy expert.

“The Russian’s attack on Ukrainian gas production and electricity networks may disturb the transit,” Makogon said. “The situation is difficult, but under control.”

The gas route via Ukraine is the last one for Russian supplies to western European nations.