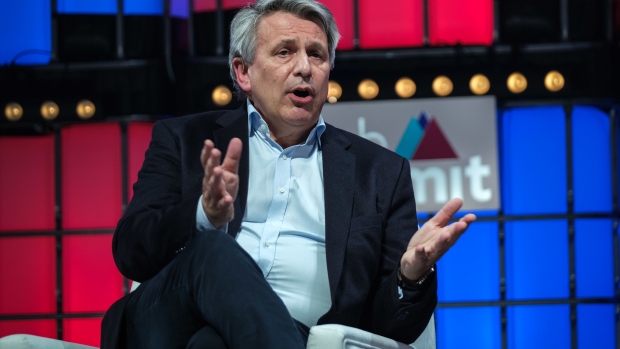 In a letter dated April 13, Oleg Ustenko, Chief Economic Adviser to Ukrainian president Volodymyr Zelenskiy asked Shell Chief Executive Officer Ben van Beurden to clarify the company’s commitment to no longer buy Russian oil on the short-term market. His intervention comes after Bloomberg Opinion revealed that Shell’s trading terms do not consider a cargo of diesel to be Russian if more than half was sourced from another country.

“It is hard to comprehend Shell’s continued trade in Russian fossil fuels,” Ustenko wrote in the letter, which was seen by Bloomberg. “The notion that any company will continue to bankroll Putin’s war machine through an accounting trick is deplorable.” The letter was first reported by the Wall Street Journal.

Shell last sought to buy ultra-low sulfur diesel in the S&P Global Platts pricing window on March 30, according to data compiled by Bloomberg. The conditions of the bid stated it would only purchase non-Russian cargoes -- defined as any blend containing less than 50% of fuel originating from the country.

Ustenko’s letter is the second time in little over a month that Ukrainian officials have criticized Shell for dealing in Russian oil. The company’s purchase of discounted cargo of Urals crude in March prompted Minister for Foreign Affairs Dmytro Kuleba to ask the company whether the oil smelled like “Ukrainian blood for you?”.

Shell subsequently said it wouldn’t make any new purchases of Russian oil and gas beyond existing contracts and would seek alternative supplies as soon as possible.

“Since Shell announced its plan to withdraw from Russian hydrocarbons on March 8, we have not bought products exported from Russia for blending to be sold on as ‘non-Russian’,” a Shell spokesperson said on Friday. “We have stopped all spot purchases of Russian crude and LNG, and eliminated the vast majority of spot purchases of refined products that may contain a proportion of Russian fuel that was blended in further up the supply chain.”

In the letter, Ustenko asks Van Beurden and Shell Legal Director Donny Ching to clarify the company’s official position is on a barrel containing less than half Russian-origin oil, and whether “such a barrel would be importable into the United States today, or the United Kingdom by year-end.” He also asked the company to state how much blended oil it currently lifts from Russian ports under long-term contracts.