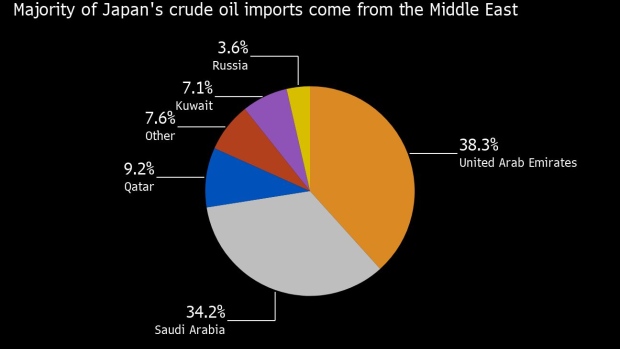 Volodymyr Zelenskiy, Ukraine's president, delivers a special address via video link on the opening day of the World Economic Forum (WEF) in Davos, Switzerland, on Monday, May 23, 2022. The annual Davos gathering of political leaders, top executives and celebrities runs from May 22 to 26. , Bloomberg

(Bloomberg) -- Russia is considering a plan to ease a key control on capital flows that helped drive the ruble to the highest levels in four years, as the rally threatens to hurt budget revenues and exporters.

In Davos, Ukrainian officials, including a group of mayors, opened an exhibit of photos and video showing alleged war crimes committed by Russian troops. As many as 100 Ukrainian soldiers may be dying each day in severe fighting in the Donbas, currently the main focus of the Kremlin’s invasion, according to President Volodymyr Zelenskiy.

Zelenskiy reinforced his call for a blockade of oil, technology and other trade with Russia, including no exceptions to sanctions against the country’s banking sector. He said the international community needed to establish a precedent to deter the Kremlin now as well future aggression.

“If brute force dominates, then there is no need to gather in Davos,” he said in a keynote address. “Brute force does not discuss, It kills.” He said that Ukraine was open for companies that leave Russia. “You will have access not only to a market of 40 million consumers but also to the EU market,” he said, with reference to his country’s bid for membership in the trading bloc.

The site of the Ukrainian exhibit In Davos was particularly poignant -- the building usually occupied by “Russia House” at the WEF, but now dubbed “Russian War Crimes House.”

The WEF this year features a large Ukrainian continent with zero Russian presence. A keynote speech is being delivered by Zelenskiy by video link.

Speaking at the exhibition launch, also by video address, Zelenskiy aid Andriy Yermak said the exhibit, which features 4,600 pieces of evidence, was not just a symbolic move. “It is honest, it is fair,” he said.

Prime Minister Kishida told Biden at their meeting that “Russia’s aggression in Ukraine shakes the foundations of the global order, and changes to the status quo by force such as this cannot be tolerated anywhere.”

Resource-poor Japan plans to phase out its use of Russian oil and coal, but Kishida has said it would take time to make the change. The Kishida administration’s sanctions against Russia have proved popular with the public ahead of a key upper house election in two months.

The US and several of its partners in the Asia-Pacific Economic Cooperation group jointly condemned Russia’s aggression, issuing a statement expressing “grave concern” after a gathering of the bloc’s trade ministers over the weekend.

The unified stance among the US, Australia, Canada, Chile, Japan, New Zealand and South Korea comes after the gathering of the Asia-Pacific Economic Cooperation group failed to issue a customary joint statement. The US and Russia staged tit-for-tat walkouts during their presentations at the meeting.

The global figure must “serve as a wake-up call” for more action, the UN High Commissioner for Refugees Filippo Grandi said in a statement on the report, adding the war the war in Ukraine has displaced 8 million within the country this year.

“The international response to people fleeing war in Ukraine has been overwhelmingly positive,” Grandi said. The number of forcibly displaced worldwide had risen toward 90 million by the end of 2021 before Russia’s invasion started, propelled by new waves of violence or protracted conflict in countries including Ethiopia, Burkina Faso, Myanmar, Nigeria, Afghanistan and the Democratic Republic of the Congo, UNHCR said.

As many as 100 Ukrainian soldiers may be dying each day in the most severe battles in the country’s east, President Zelenskiy told reporters in a joint press conference Sunday with his Polish counterpart Andrzej Duda.

It was a rare instance of Zelenskiy hinting at the level of casualties the nation’s troops are incurring. He made the comment after being asked whether he plans to lift a ban on leaving Ukraine for men of conscription age.

In his address to the nation on Saturday night, Zelenskiy described the situation in the Donbas as “really hard.”