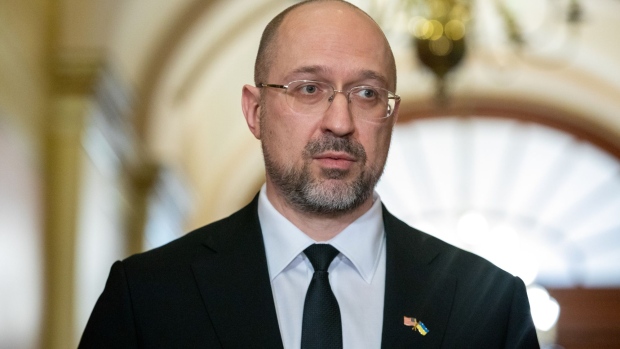 (Bloomberg) -- Ukraine has indicated that it needs $60 billion-$65 billion this year to meet its funding requirements, billions more than its allies have so far been able to pledge.

The amount needed immediately includes so called macro-financial stability assistance for emergency budget funding and logistics infrastructure projects. The figure, which excludes defense and security spending, is part of a larger blueprint for the nation’s longer term reconstruction, which is estimated to exceed $750 billion and was unveiled at a conference in the Swiss city of Lugano on Monday.

The recovery plan includes three stages extending over the next decade that start with rebuilding critical infrastructure this year. It eventually envisions restoring the buildings, housing and other property destroyed in the fighting and strengthening public services, and finally using investment to create a modern Ukrainian economy.

“Right after the war is over and Ukraine achieves victory, we need to implement thousands of rebuilding projects,” Prime Minister Denys Shmyhal told the conference.

The International Monetary Fund had previously said Ukraine needed about $5 billion every month to cover essential services and keep its economy afloat. The IMF estimates that Ukraine’s budgetary gap for this year is around $39 billion.

It’s unclear how Ukraine’s allies will be able to cover that level of spending, especially as they increasingly have to deal with rising inflation at home and the threat of Russia cutting energy supplies. Group of Seven leaders meeting in Germany said last week their nations have pledged as much as $29.5 billion in financial and economic support this year.

The European Union proposed providing 1 billion euros ($1 billion) last week in short-term financial relief, as Germany continues to hold up support for a larger 9 billion euro package. The EU funds will come on top of a previous credit line of 1.2 billion euros given to Kyiv earlier this year.