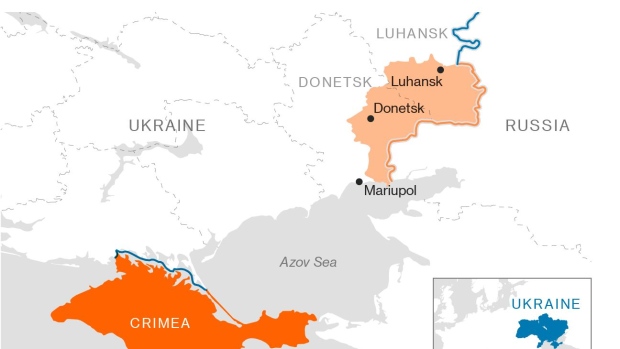 (Bloomberg) -- Ukraine and two breakaway regions supported by the Kremlin exchanged prisoners on Sunday under an agreement reached with Russian President Vladimir Putin earlier this month as the former allies seek an end to more than five years of war in the Donbas area.

Zelenskiy and Putin met with the leaders of France and Germany in the first week of December in an effort to resume the peace process, which has become a main point of division between Russia and the West. The U.S. and European Union accuse the Kremlin of stoking the conflict and responded with economic sanctions that are still in place.

The deadly conflict in Ukraine’s east erupted soon after Russia’s annexation of Crimea in 2014. Fighting between Ukrainian forces and Russian-backed separatists has claimed more than 13,000 lives since it began, and negotiators have struggled to make a ceasefire stick along the 500-kilometer (310-mile) contact line.

In September, Ukraine and Russia had exchanged 35 prisoners each in September. The Ukrainians who were freed included a filmmaker and 24 sailors while the authorities in Kyiv handed over militants captured during the fighting in Donbas.

To contact the reporter on this story: Volodymyr Verbyany in Kiev at vverbyany1@bloomberg.net

To contact the editors responsible for this story: Torrey Clark at tclark8@bloomberg.net, Andrew Reierson