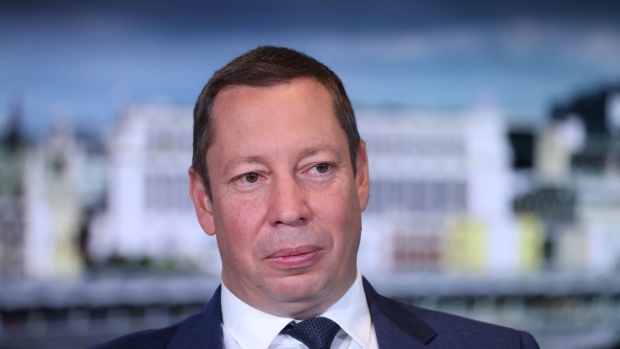 Zelenskiy isn’t happy with Shevchenko’s performance, the people said, asking not to be named as the matter isn’t public. The governor has fallen out with some of the bank’s senior executives, triggering a wave of resignations that unnerved Western donors including the International Monetary Fund.

To dismiss him, Zelenskiy must provide grounds and needs approval from parliament, where his Servant of the People party controls a majority of seats. But finding someone who lawmakers will confirm could be tricky. Zelenskiy has twice failed to have the head of the state-run oil and natural gas company approved as energy minister.

Zelenskiy’s office called such speculation a “rumor,” saying there’ll only be an official statement if there’s any decision to replace Shevchenko. The central bank said it has “a lot of important assignments ahead” and its team “continues to work on their implementation.”

He was only appointed last year, arriving after his predecessor quit citing political pressure to lower interest rates. Under his stewardship, the central bank was among Europe’s first to tighten monetary policy in the face of soaring inflation and has delivered four rate hikes in 2021.

Zelenskiy wants to find a replacement for Shevchenko before suggesting that lawmakers dismiss him, a person close to the president’s office said. The search for candidates is being led by Zelenskiy’s chief of staff, Andriy Yermak, and there’s no indication yet when the process will be completed, the person said.

News of Zelenskiy’s plans to fire Shevchenko comes as an IMF mission assesses Ukraine’s efforts to unfreeze a $5 billion aid program. One of the remaining conditions is passage of legislation to safeguard central-bank independence.