Under Armour Inc. reported first-quarter results that beat analysts’ estimates and sharply boosted its full-year outlook as stimulus checks, the return of team sports and high demand for sportswear buoy sales. However, the shares fell after the company said it expects lower gross margin in the current quarter. 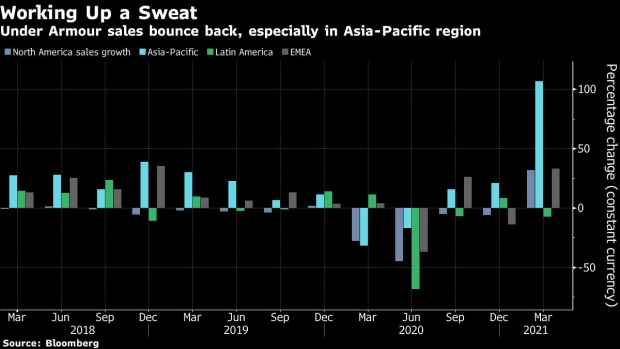